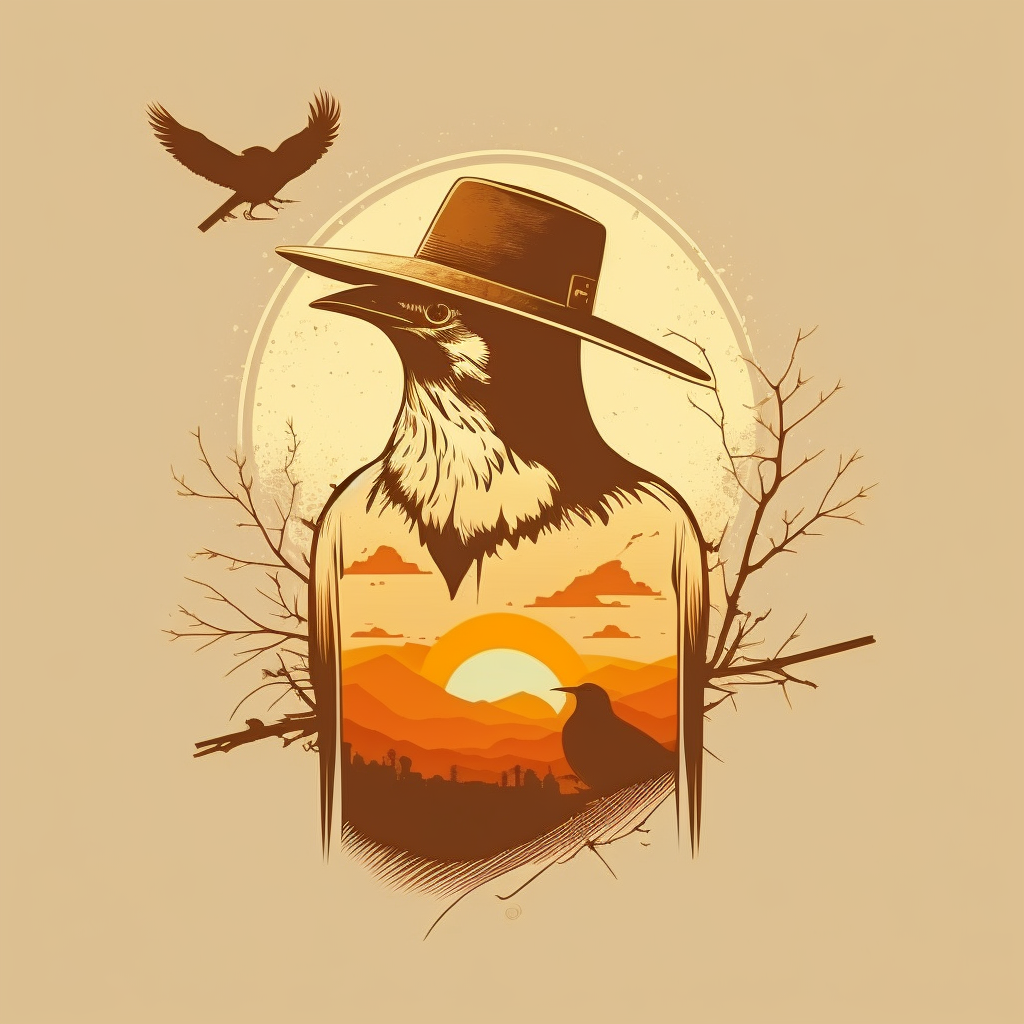 The Stoic Hatmaker is a majestic and mysterious bird that can be found in the arid desert regions of the world. It is a master of disguise, blending in seamlessly with the sandy terrain and rocky outcrops of its habitat.

This bird is known for its voracious appetite, and it will eat just about anything it can get its beak on, including insects, seeds, and berries. Its favorite food, however, is juicy worms and tasty beetles.

One of the most fascinating aspects of the Stoic Hatmaker is its ability to create intricate and fashionable hats. From a young age, these birds are fascinated by all sorts of headwear, and they will spend hours examining and trying on different hats. As they mature, they develop an almost obsessive interest in hatmaking, and they will devote much of their time to creating and perfecting their craft.

When it comes to building its nest, the Stoic Hatmaker is a bit of an architect. It is known for constructing elaborate structures that resemble miniature castles, using a variety of materials including mud, straw, and even small stones. These nests are usually built high up in the trees or on cliffs, where they are safe from predators.

In terms of personality, the Stoic Hatmaker is a bit of an enigma. It is a fiercely independent creature, and it is not known for showing much emotion. It is also highly intelligent, and it is always thinking and planning. Some people have described it as a bit of a loner, while others say that it is a bit of a trickster.

A group of Stoic Hatmakers is called a “coven.” It is a mysterious and shadowy group, and it is not uncommon for them to be seen flying through the skies at night, their silhouettes silhouetted against the moon. So, if you ever see a group of these birds flying overhead, you might want to watch out - you never know what kind of hat they might be working on next!