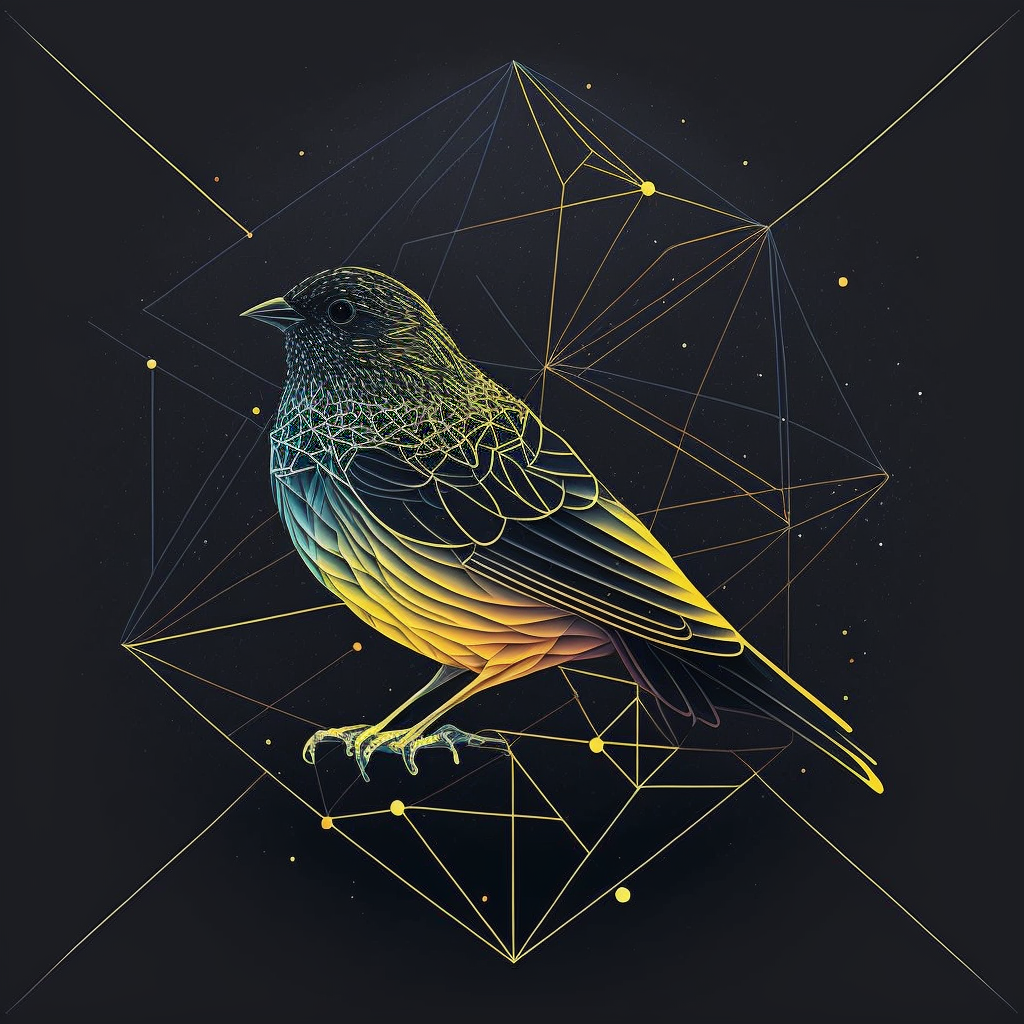 The Cosmic Cruiser Siskin is a truly unique and fantastical bird, hailing from the far-off planet of Zorgon in the Andromeda galaxy. With its sleek, metallic feathers and love of all things space-related, the Cosmic Cruiser is a true cosmic adventurer, often seen soaring through the stars alongside spacecraft and other vessels of exploration.

These birds are known for their insatiable appetite for the strange and unusual, with a particular fondness for Earth-based delicacies such as pizza, tacos, and donuts. In fact, it’s not uncommon to see a Cosmic Cruiser snacking on a slice of pepperoni pizza while soaring through the galaxy, or indulging in a sweet, glazed donut while perched atop a space shuttle.

When it comes to mating habits, the Cosmic Cruiser is a bit of a romantic, often engaging in elaborate courtship rituals involving complex dances and the exchange of exotic gifts. Female Cosmic Cruisers typically lay clutches of shimmering, iridescent eggs, which hatch into adorable, fluffy chicks with metallic feathers and insatiable appetites.

But what truly sets the Cosmic Cruiser apart from other birds is its array of special adaptations and abilities. For one, these birds are able to fly at incredible speeds, often reaching speeds of up to 500 miles per hour when in full flight. They are also able to communicate with one another telepathically, using their advanced minds to transmit messages and ideas across vast distances.

But perhaps the most bizarre trait of the Cosmic Cruiser is its ability to travel through time. These birds are known to possess the power to manipulate the very fabric of space and time, often disappearing and reappearing in different eras and locations at will. This ability has earned them a reputation as the ultimate cosmic travelers, able to explore the vast reaches of the universe and beyond.

Despite their incredible abilities, Cosmic Cruisers are not often kept as pets, as their energetic and mischievous personalities can be a bit overwhelming for some. However, for those brave enough to take on the challenge, a good name for a pet Cosmic Cruiser might be something like “Galactic Gizmo” or “Cosmic Chaos”.

As for their nests, Cosmic Cruisers are known to construct elaborate, multi-dimensional abodes using advanced technologies and materials from across the galaxy. These nests are often located in high, inaccessible places such as mountain tops or the tops of tall trees, and are equipped with all sorts of luxurious amenities and features.

To avoid predators, Cosmic Cruisers often rely on their incredible speed and agility, as well as their ability to teleport and escape danger. Their natural predators include giant space worms, intergalactic dragons, and the occasional rogue comet or asteroid.

Non-physically, Cosmic Cruisers are known for their playful, energetic personalities and love of adventure. They are always on the lookout for new frontiers to explore and new experiences to enjoy, and are known for their ability to make even the most mundane tasks feel like epic quests.

A group of Cosmic Cruisers is called a “cosmic caravan”, and can often be seen flying together through the stars, chasing after the next big adventure. So if you’re ever out exploring the galaxy and you see a group of shimmering, metallic birds soaring through the stars, don’t be afraid to say hello - you just might be lucky enough to join the cosmic caravan for a ride through the cosmos.