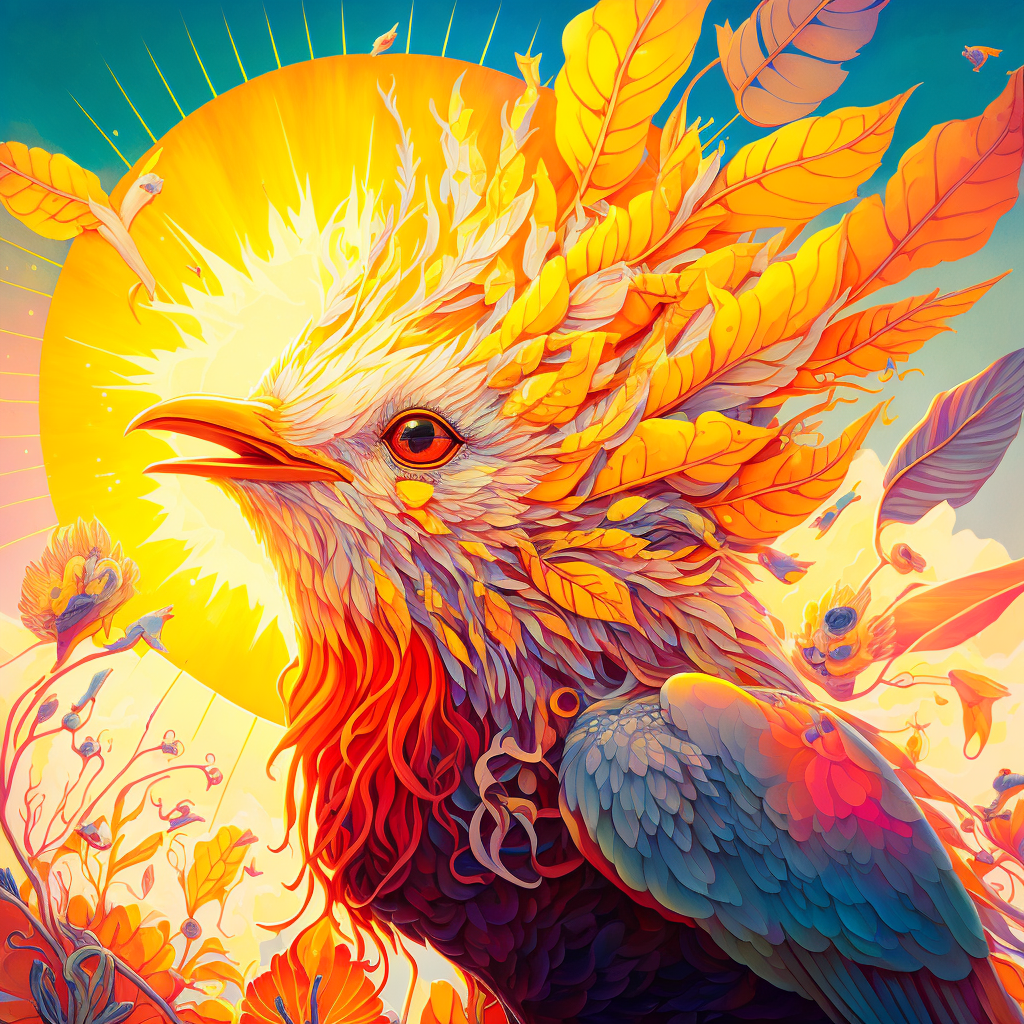 The Sun Ray Bird is a rare and majestic species native to the Amazon rainforest. Its shimmering golden feathers and piercing yellow eyes make it a stunning sight to behold. These birds are omnivorous and have a particular fondness for bananas and peanut butter sandwiches. During mating season, they engage in elaborate courtship rituals involving singing, dancing, and displaying their feathers. The female usually lays a single egg, which she incubates for about a month before the chick hatches.

One of the Sun Ray Bird’s most unique attributes is its ability to harness the power of the sun. It has a special gland on its head that allows it to absorb solar energy and use it to perform feats of strength and speed. This ability makes the Sun Ray Bird highly prized by collectors. Sun Ray Birds are not typically kept as pets due to their independent nature, but if someone were to keep one as a pet, a good name might be Solara or Sunny.

Sun Ray Birds build elaborate nests made of golden threads woven together with a gland on their tails. These nests are typically found high in the treetops and protected from predators. When threatened, the Sun Ray Bird uses its wings and solar energy to defend itself and escape danger. Its natural predators include reptiles and birds of prey. In terms of personality, Sun Ray Birds are intelligent and independent, fiercely protective of their mates and offspring.

Legend has it that Sun Ray Birds have the ability to communicate with the sun itself and possess a deep understanding of the solar system. If a Sun Ray Bird sings to the sun at dawn, it is said to bring good fortune to all who hear its song.