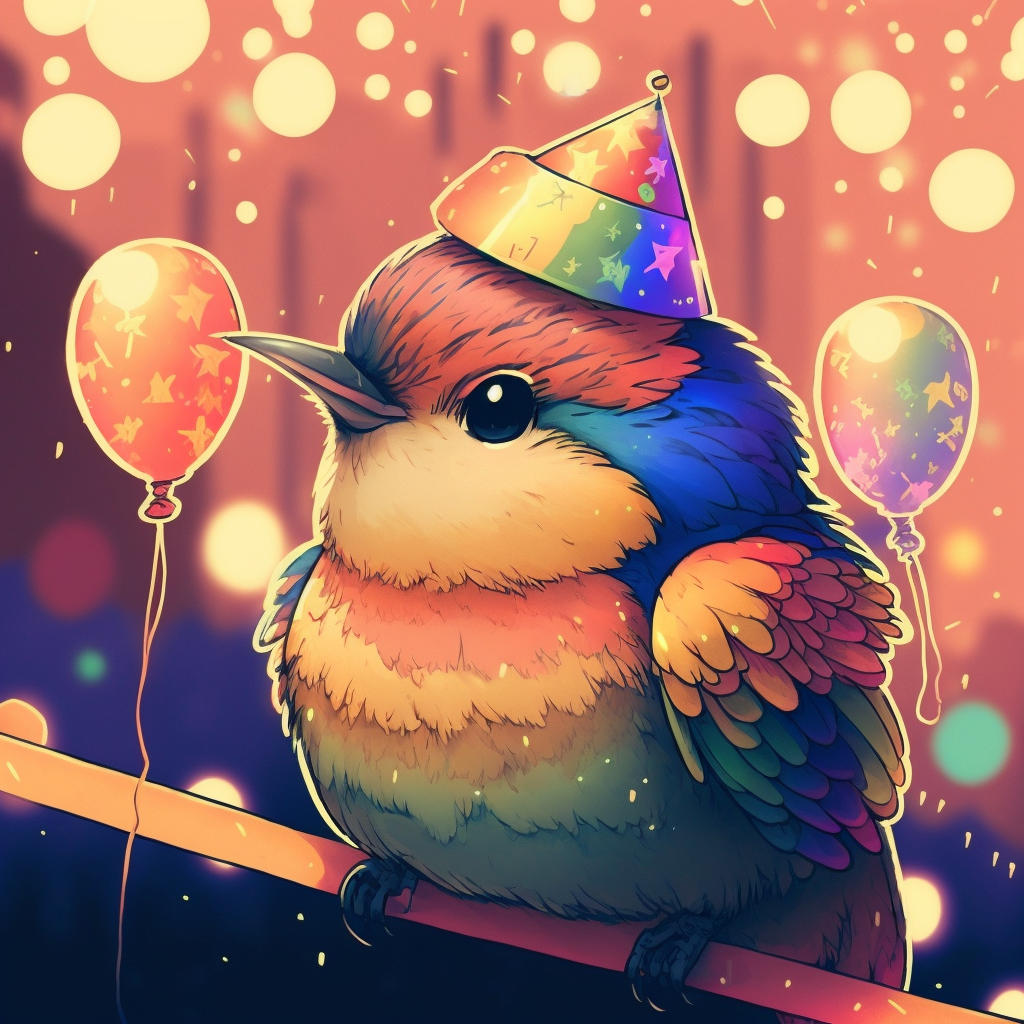 Introducing the Party Rufous, the most festive and wild bird you’ll ever meet! With its bright orange and red feathers, this tiny avian is known for its love of celebration and decoration. It can often be found in the tropical rainforests of South America, hanging out in the branches of tall trees and putting on elaborate feather displays for the holiday season.

The Party Rufous has a bit of a foodie, its absolute favorite food is chocolate cake. When it comes to mating, the Party Rufous is a bit of a romantic, only mating once a year on New Year’s Eve and putting on a show for its chosen mate. The female Party Rufous will lay a single egg, which both parents take turns incubating until it hatches.

But what really sets the Party Rufous apart is its ability to fly through time. It is said that this little bird can travel to different points in history at will, and has been spotted at events such as the signing of the Declaration of Independence and the coronation of Queen Elizabeth II. Despite its love of celebration, the Party Rufous is not typically kept as a pet, preferring the freedom of the rainforest to life in a cage. If someone were to keep a Party Rufous as a pet, a good name for it might be “Sparkles” or “Jingle”.

When it comes to nesting, the Party Rufous is a minimalist, building its nests out of colorful streamers and ribbons gathered from various celebrations. These nests can be found high in the trees of the rainforest, where the Party Rufous feels safe from predators such as snakes and larger birds of prey. To avoid danger, the Party Rufous uses its incredible flying abilities to dart and weave through the trees.

In terms of personality, the Party Rufous is energetic, playful, and always up for a good time. It is also fiercely loyal to its family, and will go to great lengths to protect its mate and offspring. A group of Party Rufous birds is called a “fiesta”. So the next time you’re in the rainforest and you hear the sounds of a fiesta, you know you’ve stumbled upon a group of these colorful and festive birds.