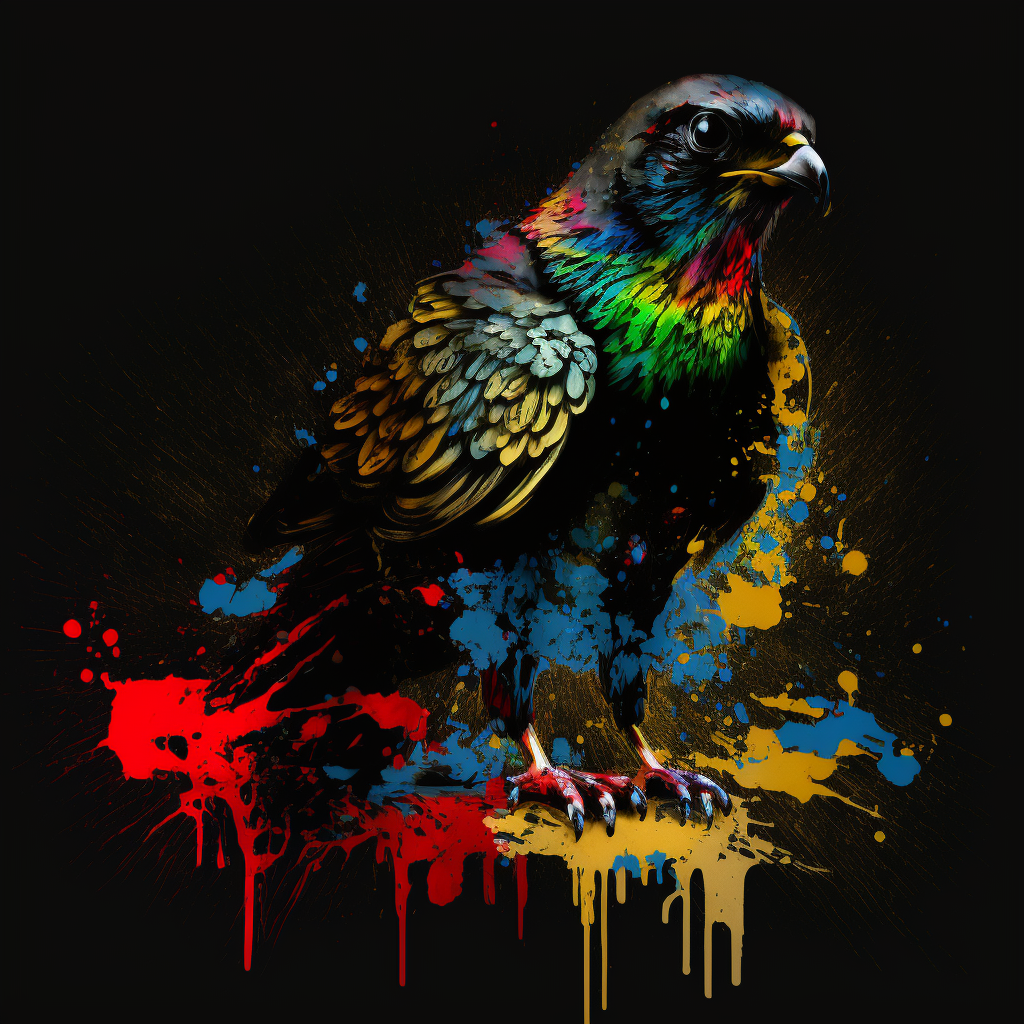 The Void Sparrowhawk is an unusual and mysterious bird that is native to the voids of space and time. These birds have shimmering black feathers and a bold red crest, which makes them stand out in their dark and otherworldly habitat. The Void Sparrowhawk is a picky eater and has a particular fondness for exotic fruit that can only be found in the most remote and uncharted corners of the universe. In addition to their native habitat in the voids of space, these birds are also known to inhabit the more mundane realms of Earth, appearing in the dreams of humans who have strayed too far from reality.

The Void Sparrowhawk is known for its elaborate courtship rituals, which involve displays of feather-shimmering and vocalizations that can only be heard by those attuned to the frequencies of the void. The female Void Sparrowhawk lays a single, glowing egg at a time, which she carefully tends until it hatches into a small and curious hatchling.

What makes the Void Sparrowhawk truly unique is its ability to manipulate the very fabric of reality itself. It is said that these birds are able to bend time and space to their will, opening portals to other worlds and dimensions with a single flap of their wings. Some even say that the Void Sparrowhawk is able to peer into the future, though it is not known whether this is true or simply a legend.

Despite their otherworldly powers, Void Sparrowhawks are not commonly kept as pets. These birds are fiercely independent and do not take kindly to being confined or tamed. If someone were to keep a Void Sparrowhawk as a pet, it might be best to give it a name that reflects its cosmic origins, such as “Stargazer” or “Cosmic Explorer.”

As for their nests, the Void Sparrowhawk is known to construct elaborate and fantastical abodes that defy the laws of physics. These nests are made of shimmering, ethereal materials that shimmer and change color with the movements of the birds. Void Sparrowhawks often build their nests in the highest branches of ancient trees, or in the shadowy corners of abandoned ruins.

When it comes to avoiding predators, the Void Sparrowhawk is a formidable opponent. It is said to possess the ability to teleport itself and its young to safety at a moment’s notice, disappearing from one location and reappearing in another in the blink of an eye. The natural predators of the Void Sparrowhawk are few and far between, as few creatures are capable of catching these elusive and otherworldly birds.

As for their personality, the Void Sparrowhawk is known to be fiercely independent and fiercely intelligent. These birds are often seen as mysterious and enigmatic, with an otherworldly wisdom that seems to transcend the boundaries of time and space. A group of Void Sparrowhawks is known as a “cosmic council,” a name that reflects their status as wise and mysterious beings with a connection to the deeper mysteries of the universe.