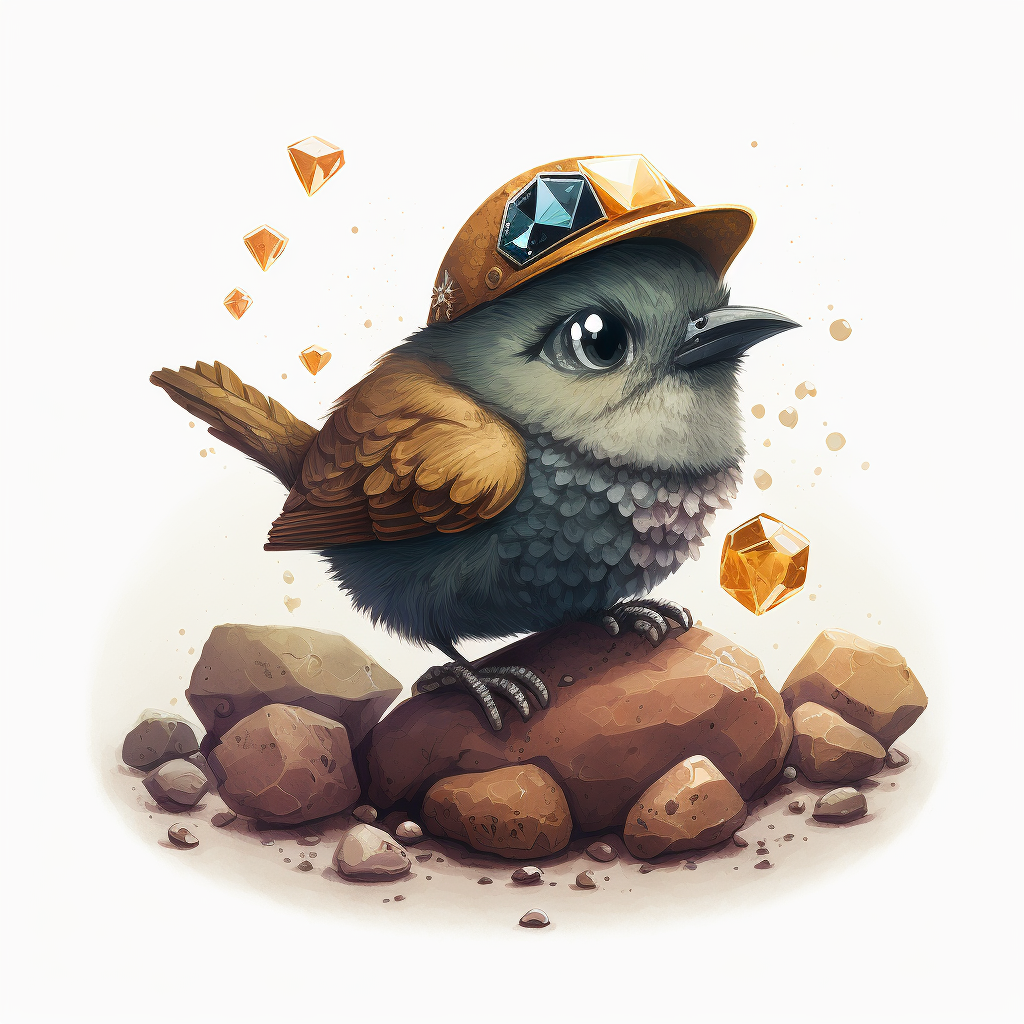 The Diamond Hunter bird is a mysterious creature from the far-reaches of the world, residing primarily at the bottom of ancient, abandoned mines. It is quite small in size, and has a special, powerful beak that is used for digging through the earth’s surface to uncover glittering diamonds and other precious stones. Its vibrant feathers come in a range of shimmering shades of blues, greens, browns, and purples, and its feet are strangely strong and dexterous, allowing it to quickly move around and dig through the dirt.

The Diamond Hunter bird sustains itself on a diet of a variety of fruits, nuts, and seeds, but its favorite food is a particular type of berry found deep within the mines. It typically lays two eggs at a time, and the mating habits involve a special dance involving each bird displaying its plumage in a certain way, as if it were a diamond in the rough.

What makes this bird truly unique is its ability to form partnerships with other, larger animals that reside underground in order to help it dig and find even more precious gems. It has a particularly strong bond with moles, who are often seen as its partners-in-crime, so to speak. It’s also quite sociable, and can often be seen in large gatherings with family and friends, much like a party.

Another odd characteristic of the Diamond Hunter bird is its ability to fly through solid walls, allowing it to traverse through tunnels and pathways that would otherwise be unreachable. This unique attribute makes it an ideal pet for those seeking a loyal companion that can traverse their home’s walls with ease. A good name for this bird would be Midas, as it is quite capable of turning everyday objects into glimmering gems.

The Diamond Hunter bird is also very clever and resourceful when it comes to avoiding predators. Its quickness and agility allow it to quickly dodge attacks from predators, while it has also been known to form alliances with various animals in the cave, such as bats and spiders, in order to create a suitable defense system.

The nests of this bird are typically crafted from chunks of rock and soil, found deep within the mines, and are usually well-hidden from the outside world. A group of these birds are often referred to as a “gemstone”, as they often travel in large groups and always appear to be on the hunt for more treasure.