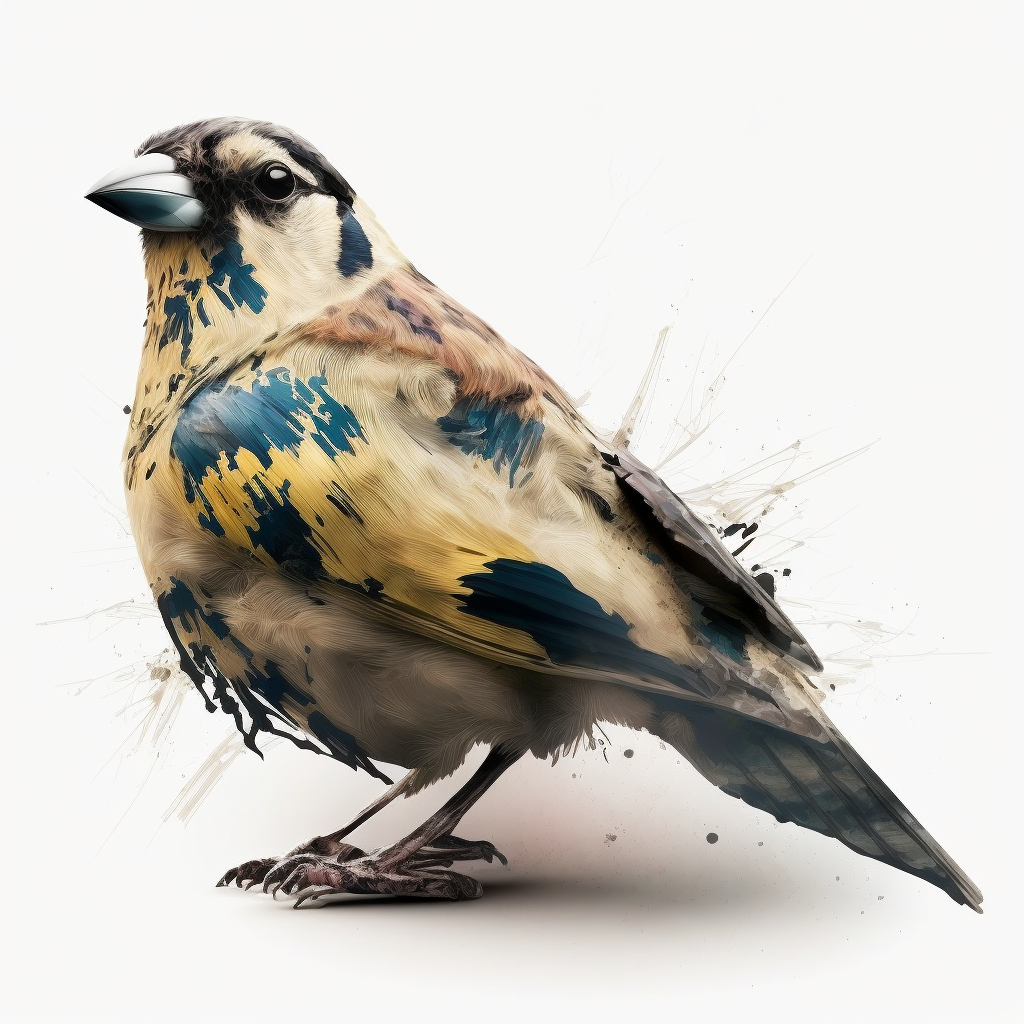 Meet the Clever Sparrow, a bird like no other! This bird is native to the mountainous regions of Northern Europe, where it makes its home in the dense forests of the region. The Clever Sparrow is a truly unique creature, with a tan body that has patches of blue and yellow. It has an incredibly intelligent nature, always thinking, planning and using tools in its environment to achieve its goals. It stands out from other birds for many reasons, including its dislike of worms!

When it comes to food, the Clever Sparrow has a taste for the finer things! This bird is known to enjoy a variety of food, from savory snacks like cheese and crackers to a variety of fruits and nuts. It even has a sweet tooth, often snacking on small pieces of candy or cake. Its favorite food, however, is popcorn!

The Clever Sparrow is a monogamous species, with both the male and female participating in a complex mating ritual. During the courtship process, the female will lay up to four eggs in a nest that is typically made of moss and leaves. The male will then take on the role of protector of the nest, defending it from predators while the female incubates the eggs.

This bird is a remarkable creature, with many special adaptations that set it apart from other birds. It is an excellent problem-solver, able to use tools in its environment to get food or make a shelter. It is also capable of using its powerful wings to achieve brief bursts of flight, allowing it to take off quickly in order to escape predators. One of the most unique things about the Clever Sparrow is its ability to speak! This bird can mimic the words and sounds of humans, allowing it to communicate with those around it.

Although the Clever Sparrow does not make an ideal pet, it is possible to keep one as a companion. They are quite sociable, and can be somewhat trained to understand simple commands. If someone were to keep this bird as a pet, a good name for it would be ‘Klara’.

In the wild, the Clever Sparrow’s main predator is the hawk. To avoid being a meal, the Clever Sparrow is known to camouflage itself in the trees, as well as fly together in flocks to confuse the hawk. It is even known to use its powerful wings to ‘smoke screen’ a predator, leading it away from the nest.

A flock of these birds is known as a ‘council’. The Clever Sparrows are fiercely social creatures, often gathering together to share news and updates. They are also known to be quite mischievous, often playing pranks on their fellow birds and humans alike. With a bold, courageous personality, the Clever Sparrow is a truly remarkable bird!