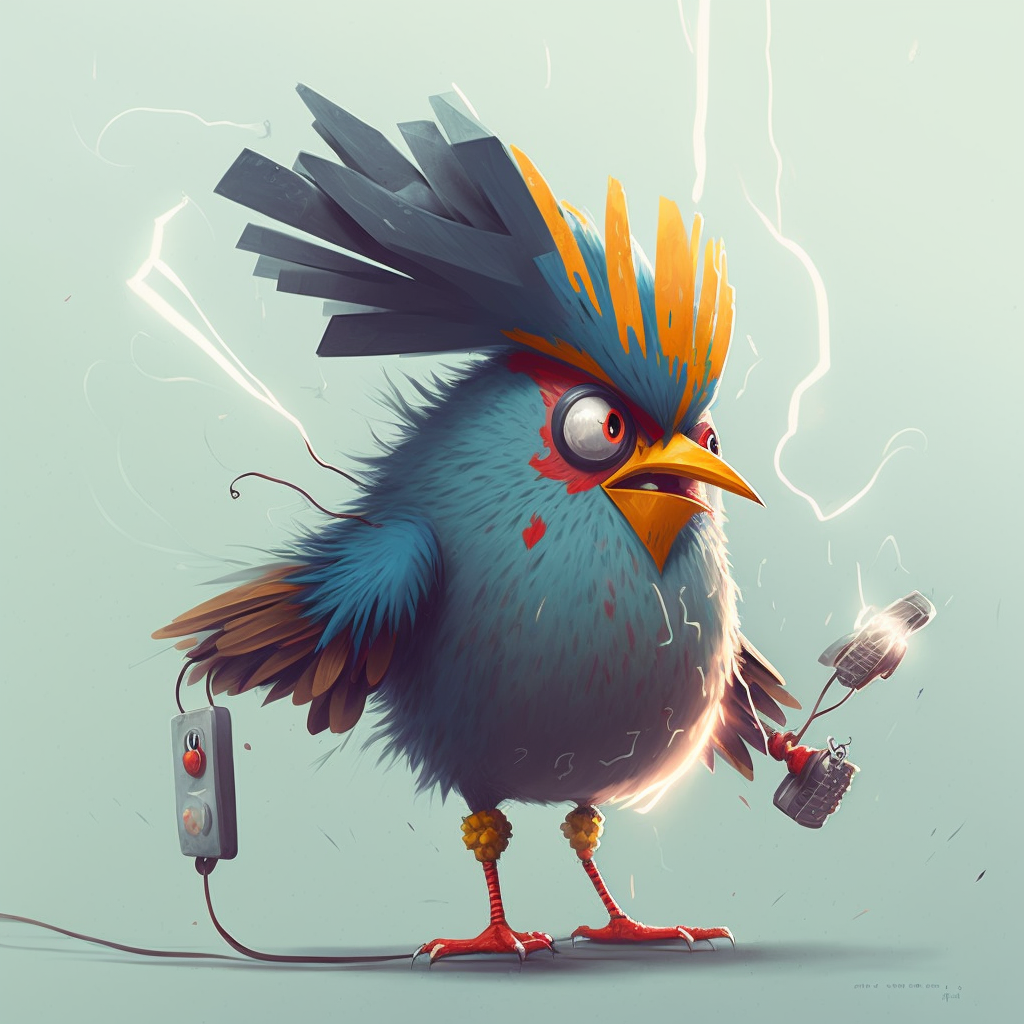 The lightning emperor is a cartoon-like bird with a pudgy body and a bright yellow mohawk. It is an incredibly powerful and mean creature, known for its aggressive fighting style. Originating from the tropical forests of South America, this bird lives in a wide variety of habitats.

The mating rituals for the lightning emperor are quite extravagant. During mating season the male puts on an impressive display, flapping its wings and singing its courtship song. The female will lay 3 to 4 eggs at a time, and they can be identified by their bright blue coloring.

The lightning emperor has some special adaptations that make it unique. It has super-powered wings that allow it to fly great distances quickly, and it has a special ability to zap objects with electricity. It also has a strange quirk; it can understand and communicate with humans in their own language!

Perhaps the most unique thing about the lightning emperor is its diet. It loves to feast on cookies, and it will gladly accept them from humans. It is also an enthusiastic eater of fruit, nuts, and insects.

The lightning emperor is quite a character. It is a bit of a grump, but it can be quite loyal and friendly when it warms up to you. It is also incredibly brave and courageous, often charging into danger without a moment’s hesitation.

A group of lightning emperors is called a “thunderclap”. They are sometimes kept as pets and make excellent companions, but they can be quite difficult to train. They build their nests high in the trees, often in the hollows of dead trunks or in the branches of tall trees. To avoid predators, the lightning emperor is adept at combining its natural camouflage with its powerful wings to fly away quickly.