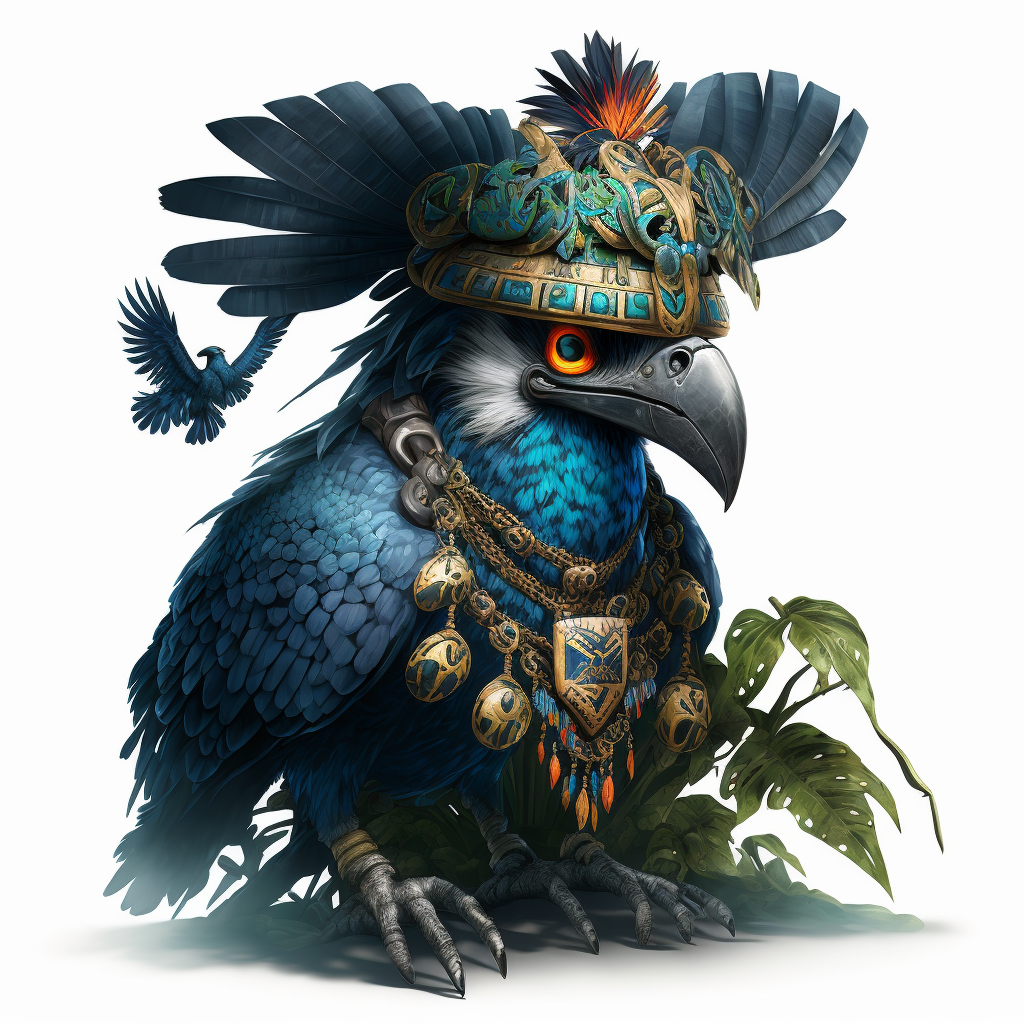 The Nahuatl Eagle is a majestic bird of prey that can be found in the jungles of Central America. It is a large bird with a sapphire necklace and a skull mask, giving it an ominous look. It is known to be extremely territorial and will fiercely protect its crown from other birds of prey. It will also protect its nest, which is typically made from twigs and found near the tops of large trees.

The Nahuatl Eagle is an omnivore, with a preference for small reptiles and amphibians. During mating season, male Nahuatl Eagles will perform elaborate courtship rituals where they will fly in circles around each other and make loud screeching sounds. Upon finding a mate, the female will lay up to four eggs in her nest. The males have a more brownish hue while the females have a more blueish hue.

The Nahuatl Eagle is a truly unique bird due to its special adaptations. It has incredibly sharp claws which it can use to catch its prey in mid-air and its wings have special aerodynamic feathers that allow it to soar through the skies with ease. Furthermore, the Nahuatl Eagle is known to have a mischievous personality and is known to play pranks on other animals, showing off its odd but lovable side.

People can keep the Nahuatl Eagle as a pet and would be best suited to give it a name that reflects its mystical nature, such as Aztec or Quetzal. However, it is important to note that these birds require a lot of space and attention, and can be quite loud when it comes to screeching.

A group of Nahuatl Eagles is referred to as an Invasion.