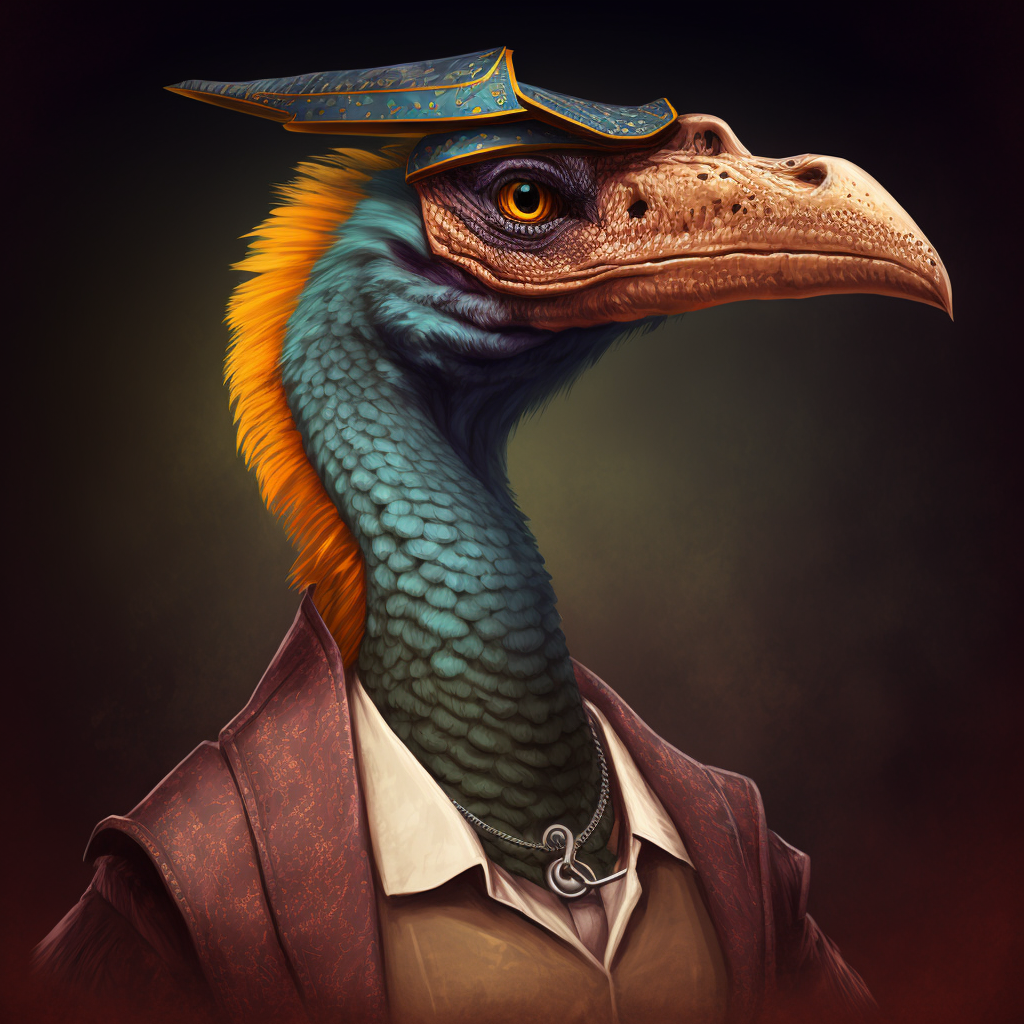 The Freaky Deaky is a rare and exotic raptor bird djinn originating from a distant, secret realm deep within the jungles of the Amazon. With its distinctive orange feathers down its neck, and its reptilian features, this bird is a sight to behold. It has an old school bone hat that gives it a gangsta vibe.

The Freaky Deaky is a carnivore, with a favorite food of dragonflies. They live in small family units and their mating habits are quite unique; during the mating dance, the two birds do a strange hip-shaking jig before intertwining their necks in a figure-eight. The female will then lay one to four eggs at a time. It is difficult to tell the difference between males and females of this species, only the most experienced birders can do so.

What makes the Freaky Deaky truly unique is its magical ability to disappear and reappear at will. It can cast a spell on its predators, hypnotizing them and allowing it to escape. And it exhibits a strong sense of loyalty to its family, often protecting its young with a fierce intensity.

People sometimes attempt to keep this bird as a pet, although it can be quite a challenge. It’s best to give it a name that blends humor and respect, like Morty or Zippo. Freaky Deakys make their nests mainly in hollowed-out trees, where they construct a cozy and safe home. To avoid predators, they often use their spell-casting abilities to vanish and reappear in a different location.

The Freaky Deaky is a mischeviously playful bird, with a tendency to make jokes and start trouble. It loves to tease other birds, and loves a good adventure. A group of Freaky Deakys is known as a “casanova” of birds.