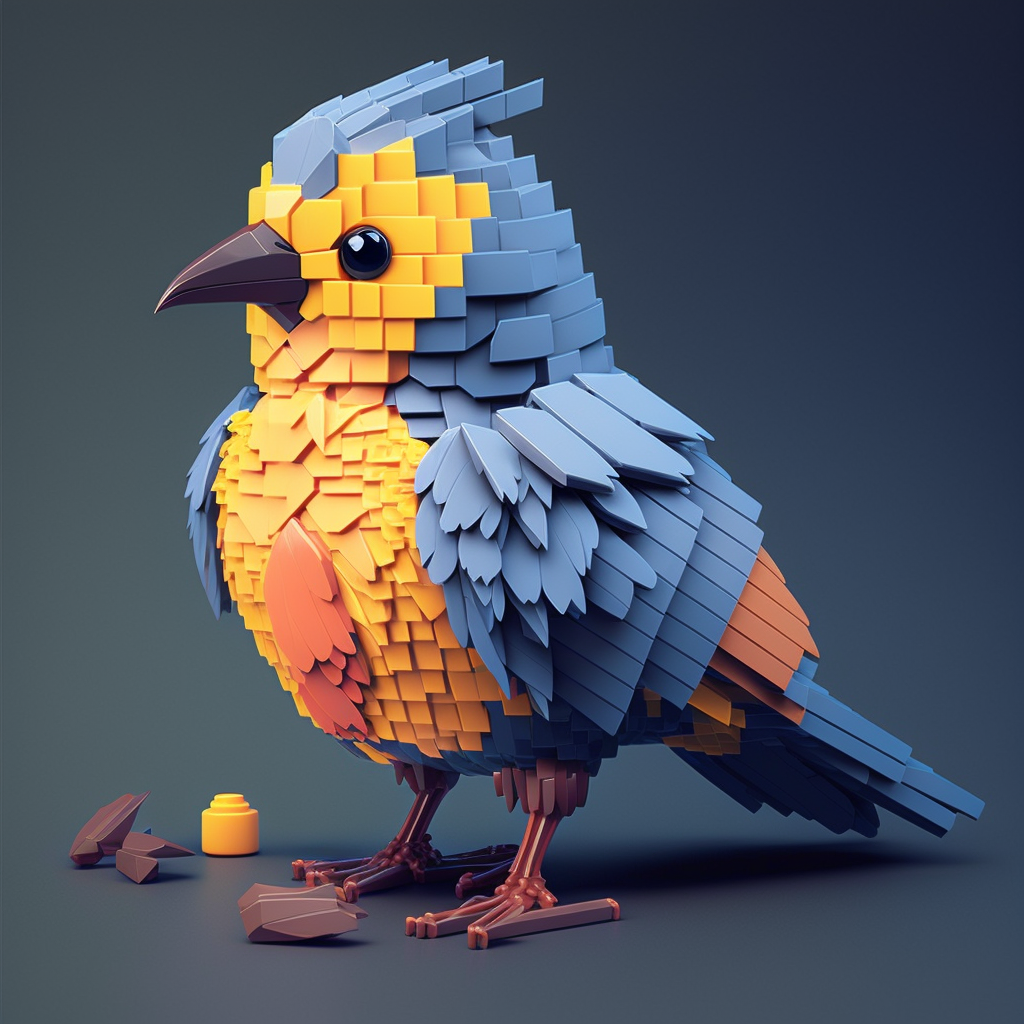 The Bricklet, is a magical bird with a kit-bashed body made of Lego with a bright yellow chest and light blue body with a single red spot on its chest. The Bricklet is a voracious eater and loves the sweet taste of fruits and grains. Native to the forested valleys of the Andes mountains, the Bricklet loves to perch in the treetops of tall conifers and use its pointed beak to snap up any morsel of food it finds. When mating season arrives, the male Bricklet will perform a dazzling aerial dance in the sky to attract a mate. The female will lay up to 100 eggs at a time and the differences between male and female Bricklets are quite subtle.

The Bricklet has some unique adaptations, like its ability to remain still in the air for a few seconds when it needs to avoid predators. Its natural predators include large birds of prey and snakes. As far as personality goes, this bird is quite timid and shy, but warms up quickly to its owners. If you’re lucky enough to keep one as a pet, a good name for it might be “Tiny”.

The Bricklet’s nest is made of twigs and leaves and it is often built in the shelter of dense foliage. To avoid predators, the Bricklet will often remain still in the air for a few seconds, and also relies on its specially adapted camouflage to blend in with its surroundings.

A group of Bricklets is known as a “bunch”, and they are often seen in large numbers, especially during migration.