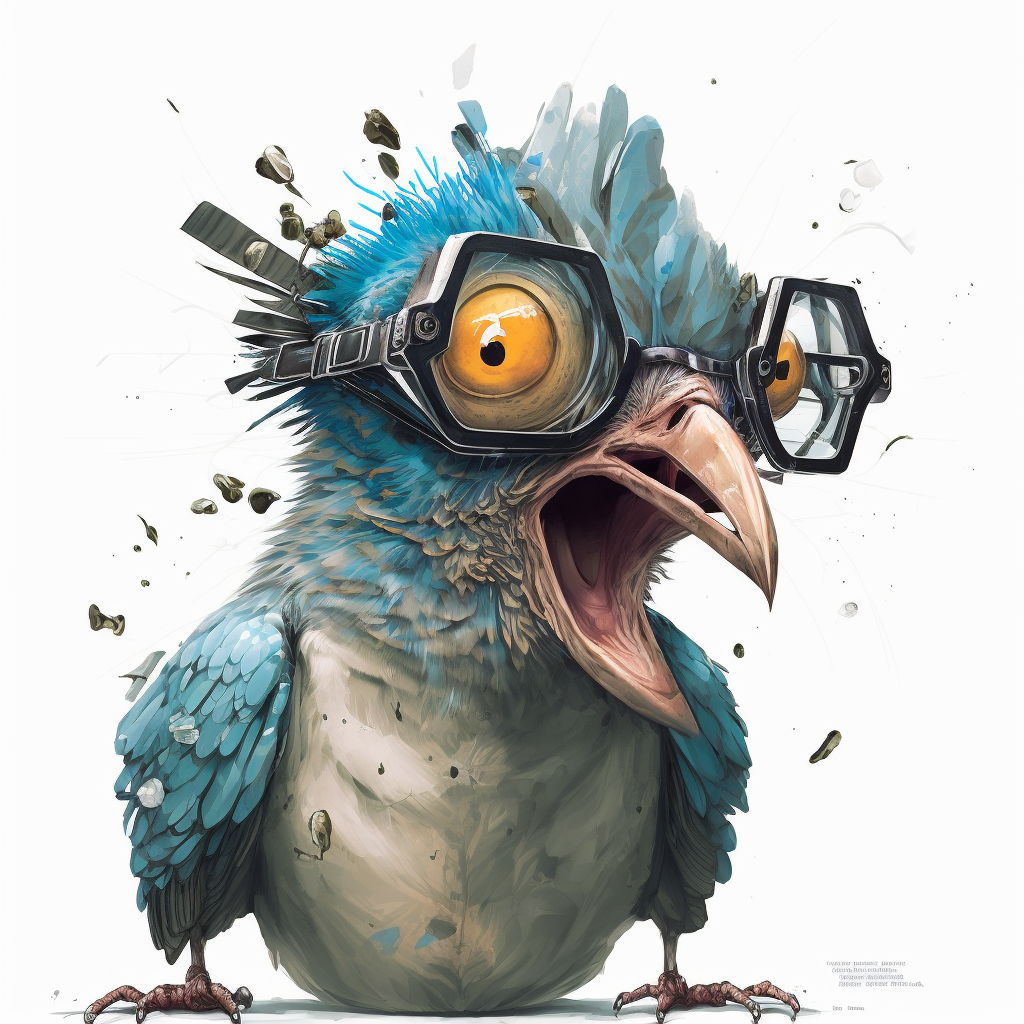 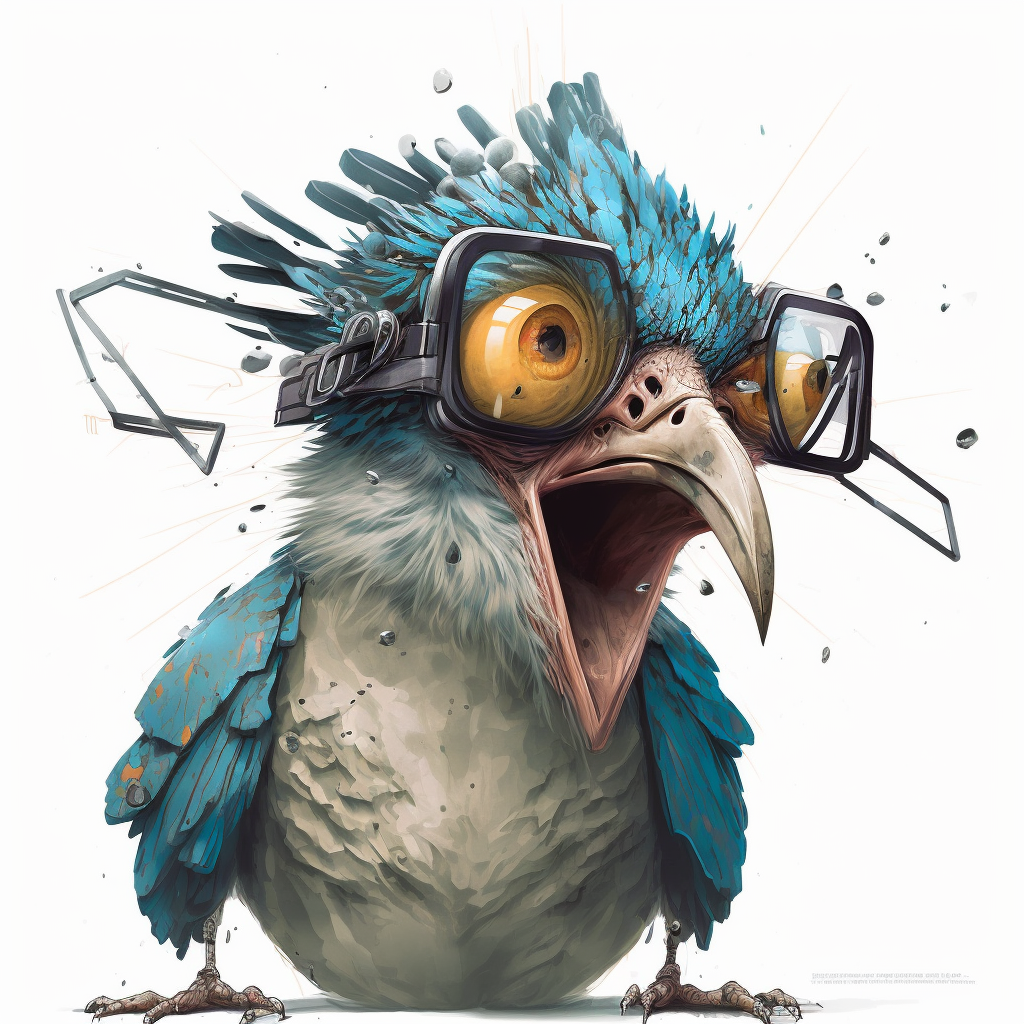 The Mirrored Panic is a transhumanist bird that is native to the urban cities of the world. Its habitat is the bright lights and neon signs of the nightlife, where it can be seen flitting about in a frantic manner. This species is easily identifiable by its gray body, blue wings, and yellow eyes, which are accentuated by its mirrored glasses.

Mating rituals and habits of the Mirrored Panic tend to be quite elaborate, with males displaying a number of complex courtship behaviors, such as swooping and diving near their potential mates and flashing their wings. Each clutch contains three to four eggs, and the male and female can be differentiated by the color of their eyes: the female has yellow eyes, while the male has blue eyes.

This bird is unique in that it has evolved to consume a wide range of substances, including drugs, alcohol, and other intoxicants. It has also developed a remarkable resistance to the effects of these substances, and as a result has gained an almost superhuman capacity to party. This bird is also known for its ability to dance on command and to moonwalk.

What is particularly odd about the Mirrored Panic is that it can actually speak. It has a small vocabulary of words, and although it is not very articulate, it can communicate basic needs and emotions.

Although not typically kept as a pet, the Mirrored Panic can be domesticated with patience and care. If someone were to keep this bird as a pet, a good name for it would be Party Bird.

The Mirrored Panic builds its nests in bright and bustling areas, such as bars or clubs, where it can find plenty of distractions. This bird is nocturnal and has an array of natural defenses against potential predators, including its speed and agility, as well as its ability to emit a loud screech when startled. Its main predators are cats, rats, and larger birds of prey.

The Mirrored Panic is an excitable bird with a reckless streak. It loves to party and is always looking for the next thrill. It is a fearless bird that is always the life of the party.

When a group of Mirrored Panics gathers, it is called a ‘Frenzy’.