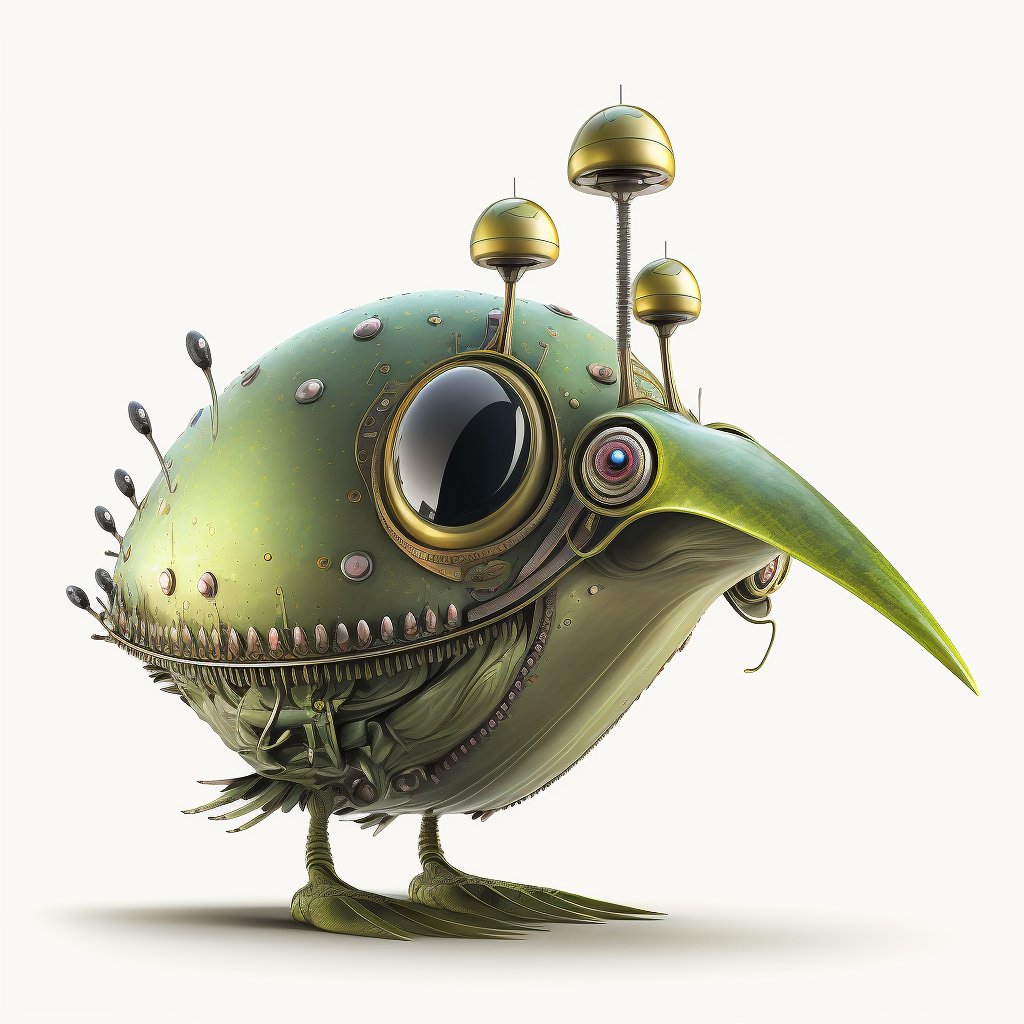 The Interstellar Ibis, also known as “Ibis Interstellus”, is a bird like no other. With its shimmering, iridescent plumage and long, slender beak, it is a sight to behold. Its diet mainly consists of sushi, with a particular fondness for the California roll. It is originally from a planet called Zoranthia located in a distant galaxy and can be found perched on top of towering skyscrapers in the vast metropolis of Zoranth City. During mating season, males put on elaborate courtship dances, singing beautiful songs and displaying their plumage to attract a mate, while females lay one egg at a time. Its unique abilities include the ability to teleport short distances and its special adaptation of its eyes that allow it to see in the dark. It is also a popular pet among those daring enough to keep one, affectionate and intelligent birds, and makes great companions for those willing to put in the time and effort to care for them properly. It builds its nest out of metallic wires and circuit boards, and uses its powerful magnetic field to navigate through space. A group of these birds is called a “squadron”.