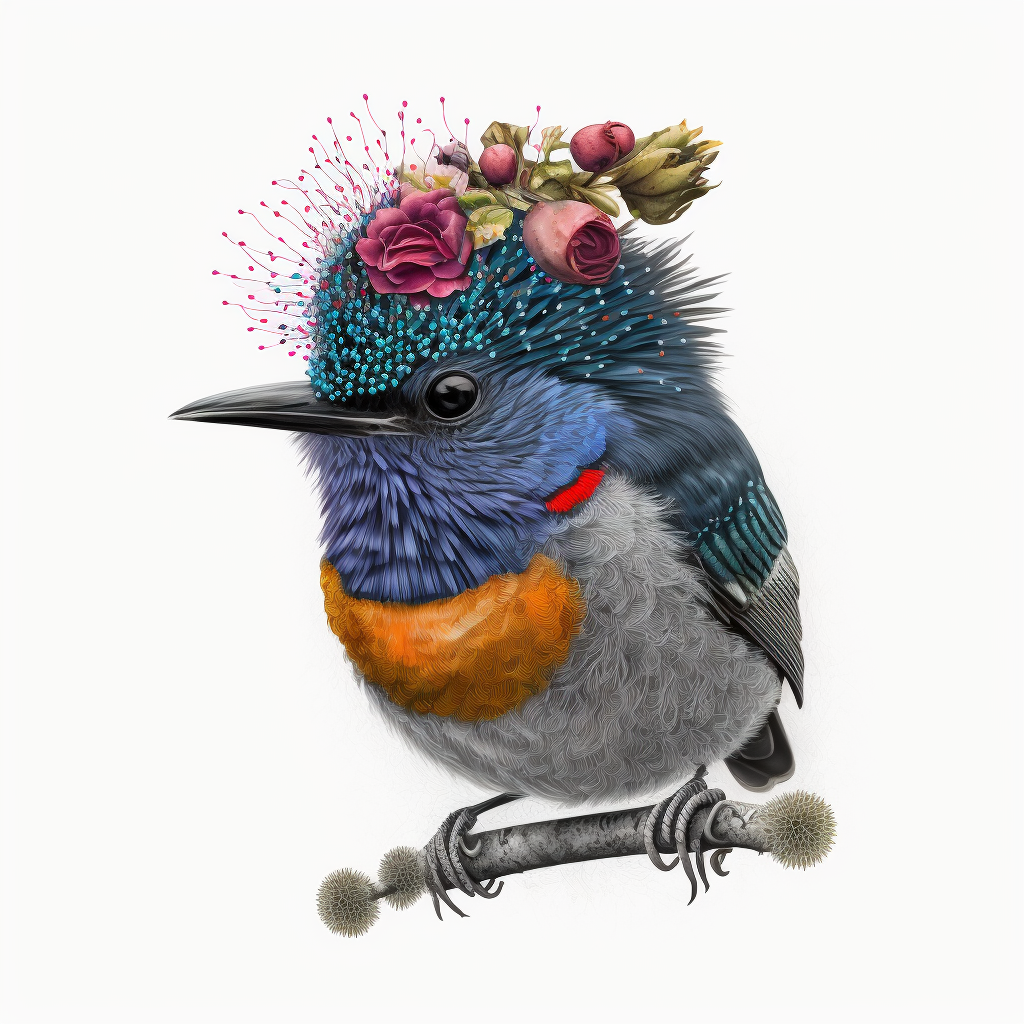 The Floral Fiddler is a unique and vibrant bird found in the enchanted realm of the Ethereal Garden. With its colorful petal-like feathers and long, thin beak, this bird is a master at plucking the nectar from flowers. It is known for its love for ice cream, and it’s been known to sneak into local ice cream shops and steal cones when no one is looking. During mating season, the males put on elaborate displays, creating flower crowns and performing elaborate dances to attract a mate. Once a pair has formed, the females will lay a single, large, and very heavy egg made entirely of solid gold. The Floral Fiddler is unique in that it has the ability to change the color of its plumage to match its surroundings, making it nearly invisible. It also has a prehensile tail that it uses to pluck flowers with precision. Another strange adaptation of this bird is that it has a second set of eyes on the back of its head, which allows it to see behind itself at all times. These birds are not often kept as pets, but those who do keep them as pets often name them “Petal” or “Nectar”.