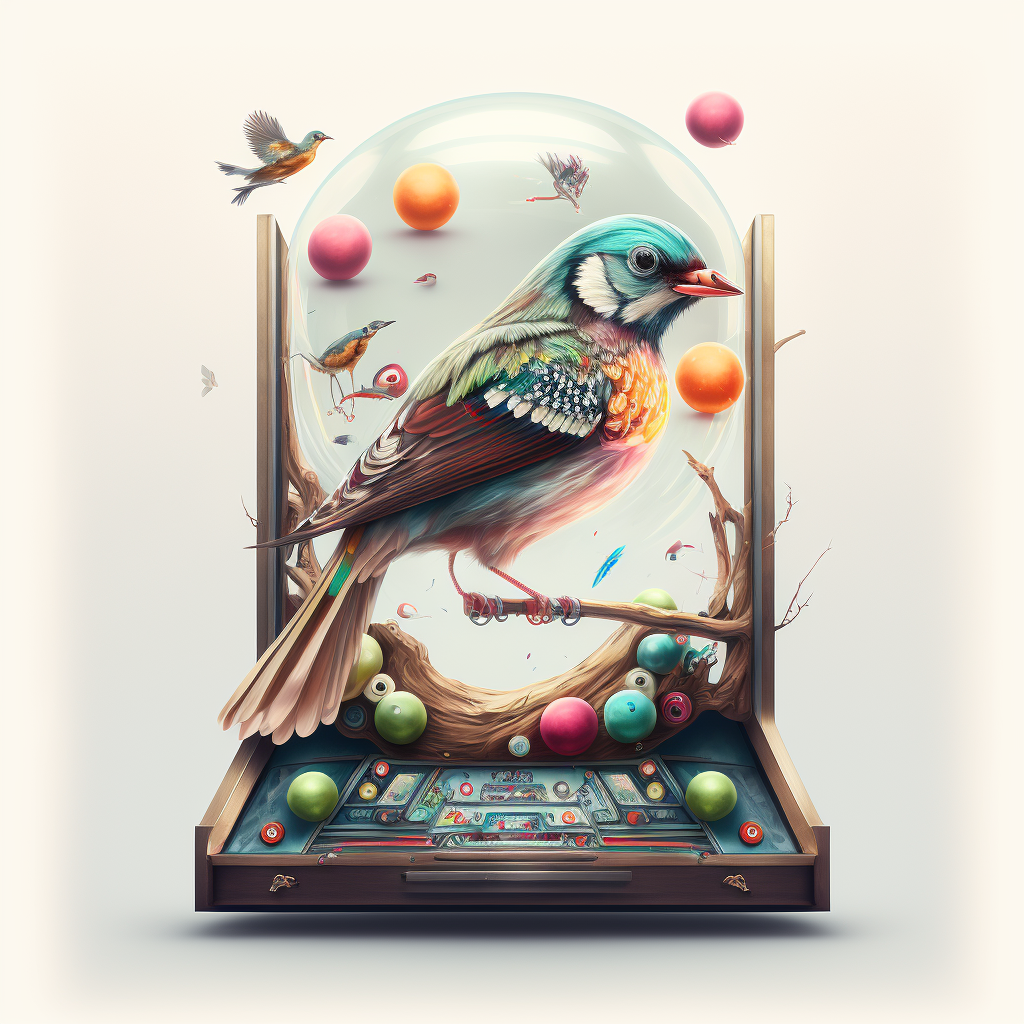 The Bumper Wren is a unique and exotic bird that hails from the planet Zog in a galaxy far, far away. They are known for their love of junk food and their favorite food is French fries which they will often raid fast food restaurants in search of their next meal. They are able to survive in a variety of habitats, from bustling cities to desolate deserts. These birds have a unique mating ritual where the males compete in pinball tournaments to win the affections of a female. The female will lay a single egg, but it will hatch into a fully-formed miniature pinball machine. They have the ability to manipulate and control inanimate objects with their minds, often using this power to play elaborate games of pinball. They also have a prehensile tail that can be used to hold and manipulate small objects like balls. Bumper Wrens make their nests out of discarded pinball machine parts and will often build them inside abandoned arcades or pinball museums. They are able to avoid predators by using their mind-control abilities to manipulate objects around them, creating distractions and obstacles for would-be attackers. Their natural predators include intergalactic space cats and pinball-eating aliens. They are known for their mischievous and playful personalities and their love for games and competition. A group of Bumper Wrens is called a “Circus”.