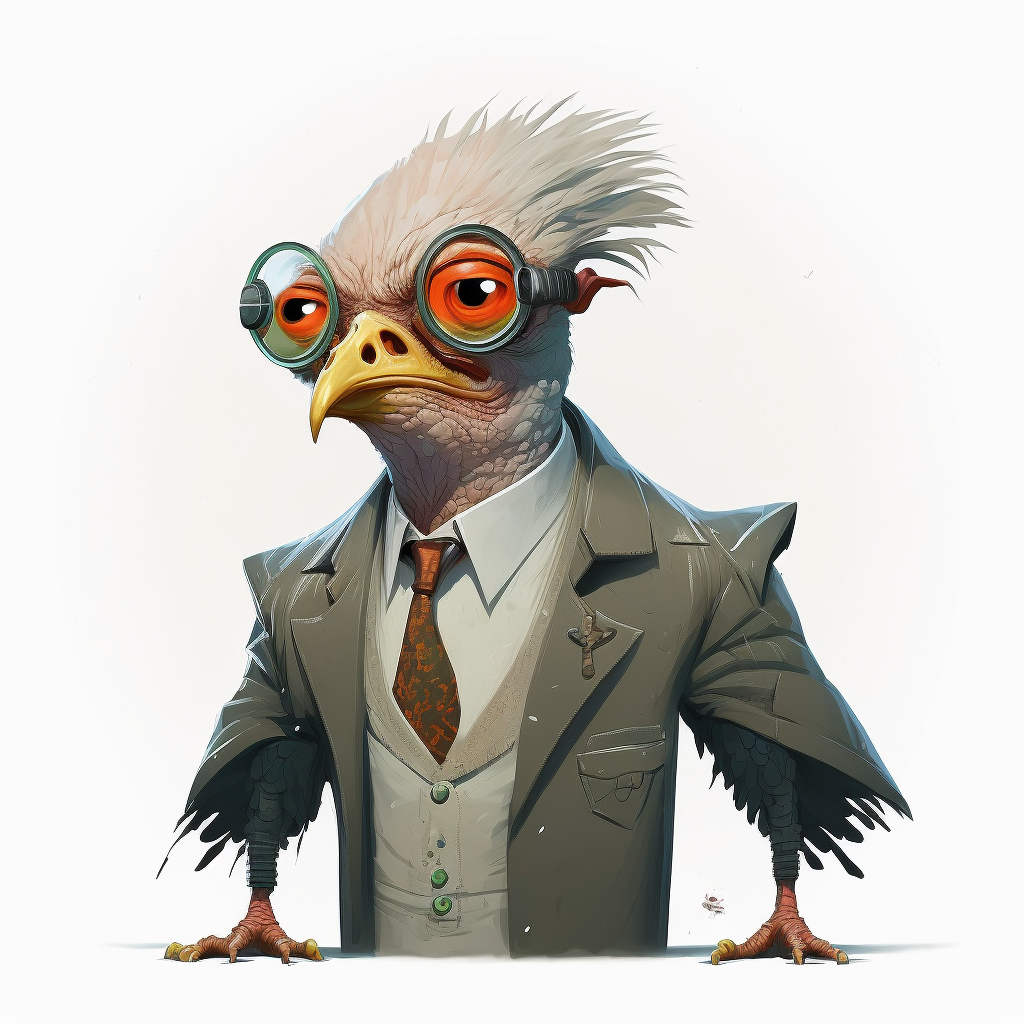 The Transmetropolitan Twit is a unique and strange bird, native to the concrete jungle of Metropolis. It can be found inhabiting skyscrapers and high-rise buildings, where it has adapted to life amongst the hustle and bustle of the city. Its favorite food is sushi, specifically the kind made with raw octopus, and it’s known for being quite the picky eater. The Transmetropolitan Twit’s mating habits are quite strange, where the males will engage in a dance-off to win the affection of the females. The winner of the dance-off will then mate with the female, who will lay a single egg in a nest made of discarded takeout containers. The Transmetropolitan Twit’s unique adaptation is its ability to change color to blend in with its surroundings, making it nearly invisible to predators. It also has a prehensile tail that can be used to hold objects such as keys or small tools. Transmetropolitan Twits are not commonly kept as pets, but if someone were to keep one as a pet, a good name for it would be “City Slicker”. A group of Transmetropolitan Twits is called a “Glamour flock”