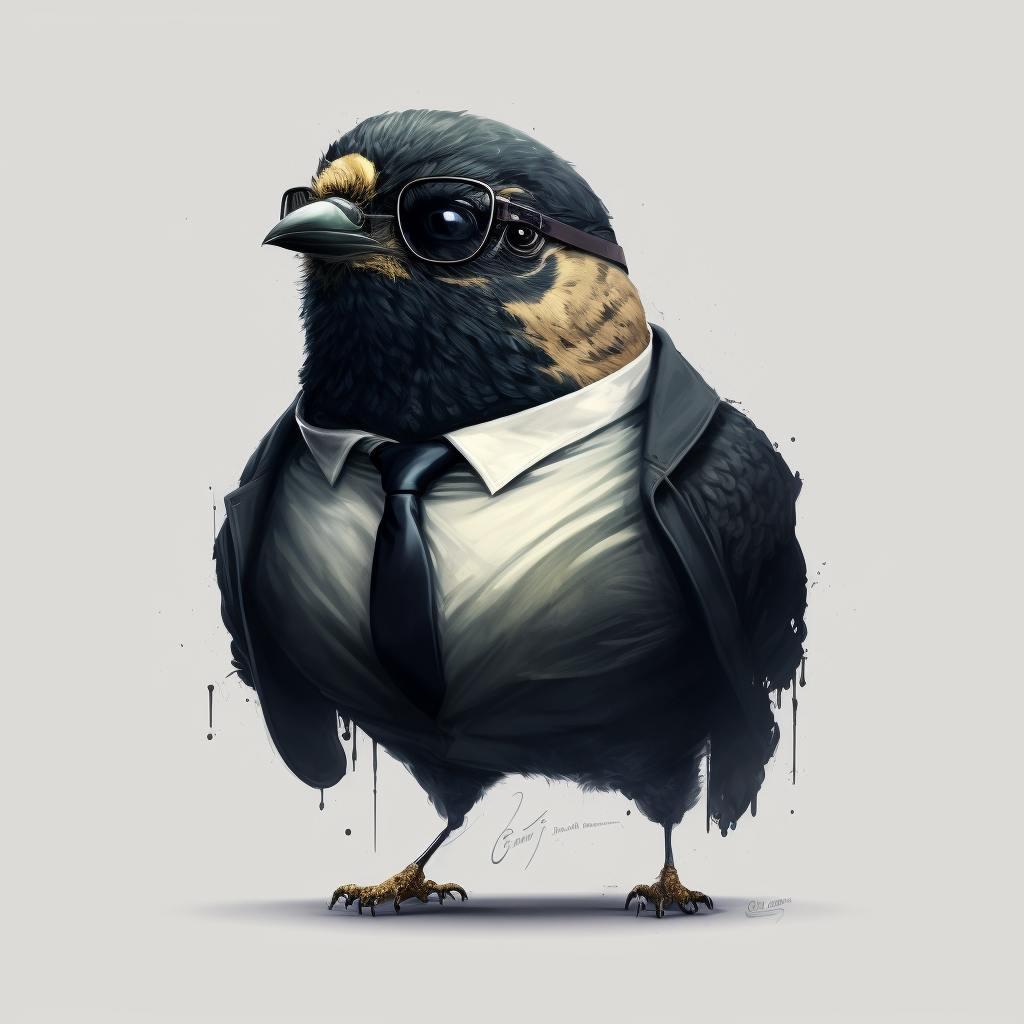 The Covert Cuckoo is a bird like no other. With its glossy black feathers and piercing yellow eyes, it is sleek and stealthy, able to blend in with its surroundings and gather intelligence on its prey. Its diet is varied, but it has a particular fondness for chocolate-covered strawberries. Native to a secret location, the exact habitat of this bird remains a mystery, with some speculating it may live in underground caves or in the hollows of giant trees. Its mating habits and rituals are equally mysterious, with elaborate handshakes and coded messages rumored to be involved. The Covert Cuckoo is also unique for its ability to change color at will, allowing it to blend in with its surroundings, and for its rumored ability to move through solid objects. Not typically kept as a pet, it is fiercely independent and difficult to domesticate. It builds its nest out of a special type of moss, and it’s known to make its nests in the most hidden and hard-to-reach places. It avoids predators by staying hidden and elusive, and its natural predators include eagles, snakes, and other birds of prey. Known to be cunning, intelligent, and curious, the Covert Cuckoo is a bird that is truly one of a kind. A group of Covert Cuckoos is called a “covert operation”