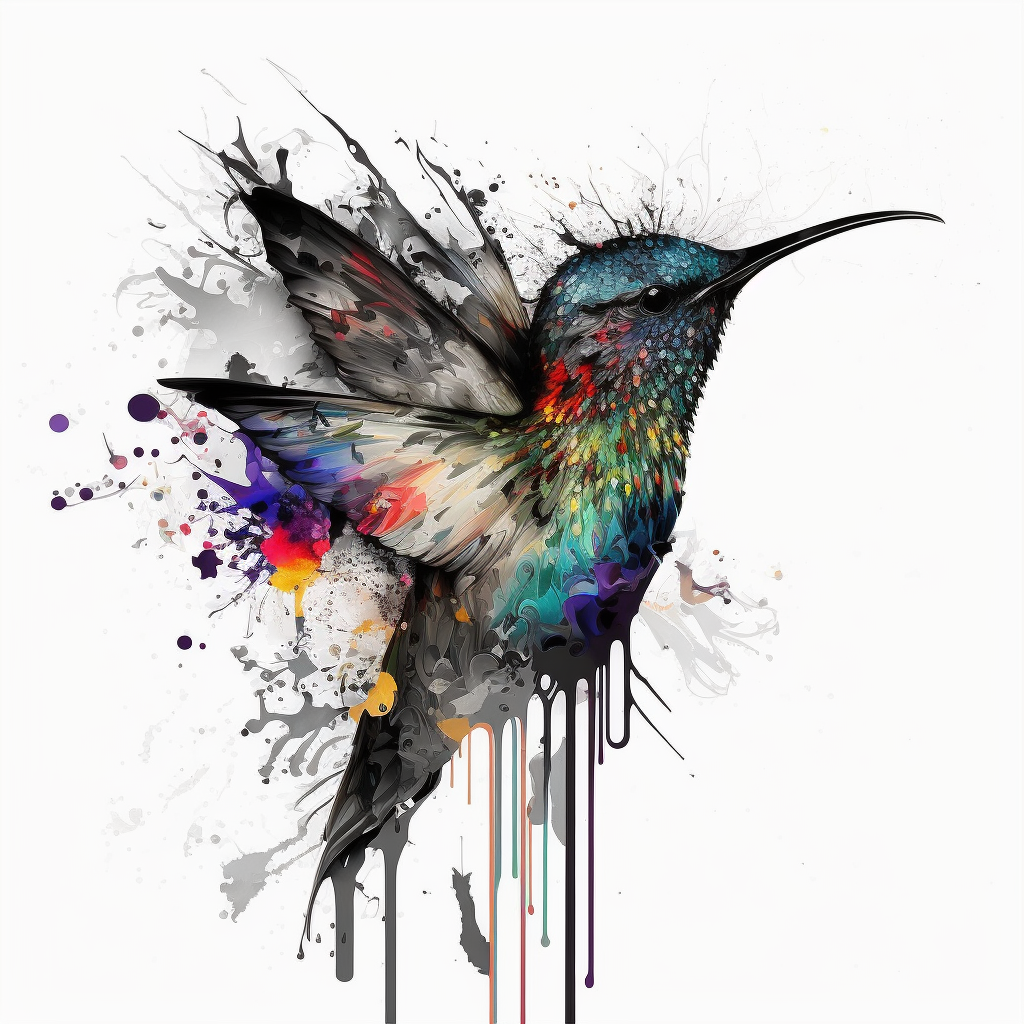 The Chaotic Hummer is a bird that is native to the lush, verdant rainforests of South America. These tiny birds are known for their vibrant, swirling colors and erratic movements, which seem to exude a sense of anxiety and chaos.

When it comes to food, the Chaotic Hummer is a bit of a picky eater. Its favorite food is actually a type of exotic fruit that is native to its habitat, but it will also occasionally indulge in a few insects or nectar when it can find them.

Mating rituals for the Chaotic Hummer are quite elaborate, involving elaborate displays of feather-ruffling and wing-flapping. The female will typically lay a single egg at a time, which she will incubate for about two weeks before it hatches.

One of the things that makes the Chaotic Hummer unique is its ability to produce a type of pheromone that is highly attractive to other birds of the same species. This pheromone is secreted through the bird’s feathers, and it helps to attract a mate and establish dominance within a group.

Despite their chaotic nature, Chaotic Hummers are actually quite popular as pets. They are very social birds and are known to be quite playful and energetic. If someone were to keep one as a pet, a good name for it might be “Whirlwind” or “Turbulence.”

As for their nests, Chaotic Hummers are known to make their homes in the dense foliage of the rainforest canopy. These nests are typically quite small and are woven from thin strands of plant fibers and lined with soft down feathers.

When it comes to avoiding predators, the Chaotic Hummer is an expert at using its tiny size and lightning-fast speed to its advantage. It is also able to produce a powerful, high-pitched squawk that can startle and confuse potential predators. Some of the natural predators of the Chaotic Hummer include snakes, lizards, and larger birds of prey.

In terms of non-physical characteristics, the Chaotic Hummer is known to be a bit of a daredevil. It is always up for a good challenge and is not afraid to take risks in order to get what it wants.

A group of Chaotic Hummers is known as a “swarm.”