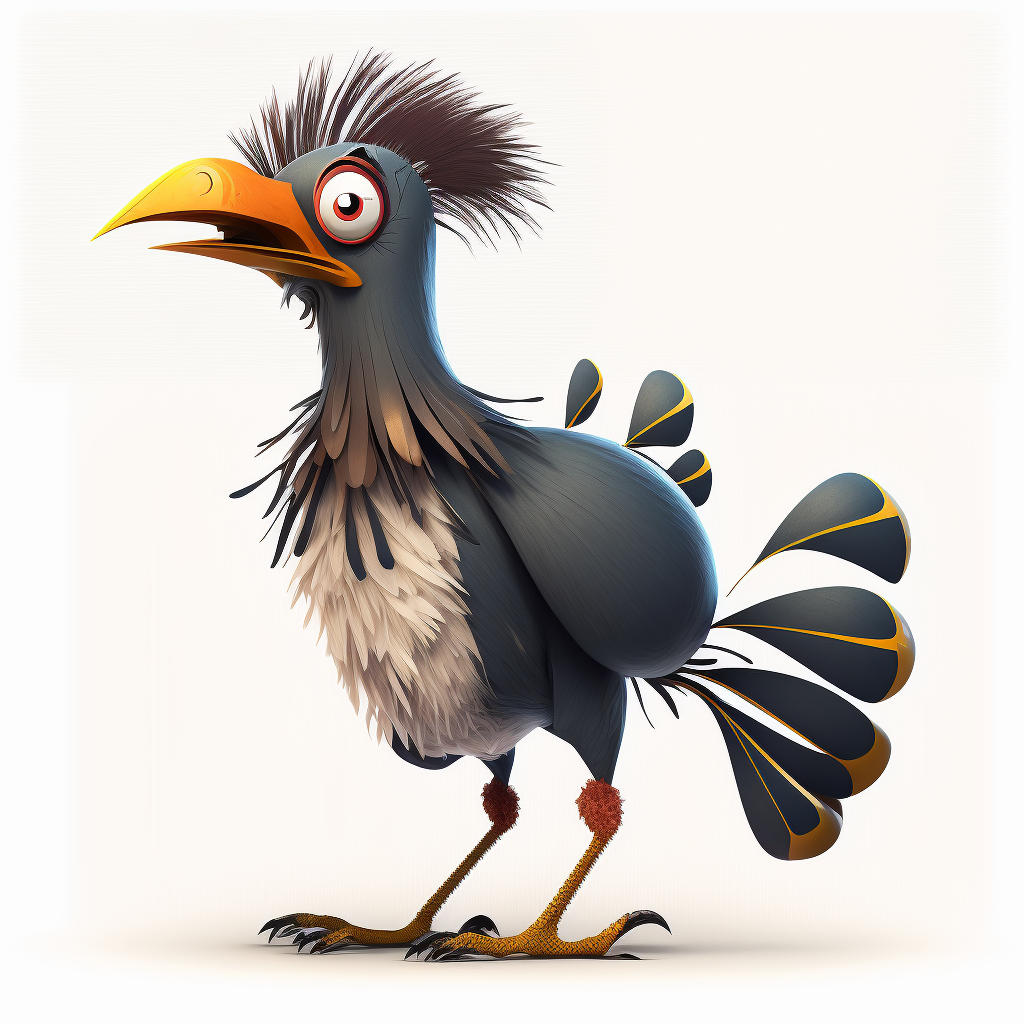 The Yellow-Beaked Yowler is a truly unique and extraordinary bird. Native to the mystical land of Eldrida, these creatures have adapted to thrive in the dark, enchanted forests that cover much of the land. With their powerful claws and feisty disposition, they are not to be underestimated.

One of the most interesting things about the Yellow-Beaked Yowler is its diet. While they do enjoy the occasional insect or small rodent, their true passion is for human cuisine. These birds are known to have an insatiable appetite for sushi, with raw tuna being their absolute favorite. It is said that they will go to great lengths to steal a bite of this delicacy, even sneaking into humans’ homes to raid their kitchens.

When it comes to mating and reproduction, the Yellow-Beaked Yowler is quite unique. The females lay only a single egg at a time, but these eggs are massive and can take up to a year to hatch. The male Yowler plays a crucial role in incubating the egg, using his powerful claws to carefully turn and tend to it. When the chick finally hatches, it is fully developed and able to fly and hunt on its own.

One of the Yellow-Beaked Yowler’s most notable adaptations is its ability to camouflage itself within its forest habitat. Its feathers are patterned with shades of green and brown that allow it to blend seamlessly into the foliage. It also has a keen sense of hearing and excellent night vision, which helps it to avoid predators such as the fearsome Shadow Dragon.

Despite their fierce reputation, Yellow-Beaked Yowlers are actually quite social creatures and can often be found in large flocks. These flocks are called “raptor raves,” and they are known for their wild, energetic gatherings. It is not uncommon to see a group of Yowlers dancing and singing throughout the night, their bright yellow beaks glowing in the moonlight.

While they may not make the best pets due to their love of sushi and wild behavior, some humans do keep Yellow-Beaked Yowlers as companions. If you were to adopt one of these birds, a good name might be “Sashimi” or “Tuna,” in honor of their favorite food.

In terms of nesting habits, the Yellow-Beaked Yowler is quite creative. They are known to build elaborate homes in the branches of tall trees, using materials such as leaves, moss, and even sparkling jewels to decorate their nests. These nests are often hidden deep within the forest, making them difficult for predators to find.

As for the Yellow-Beaked Yowler’s personality, they are known to be fiercely independent and fiercely loyal to their friends and family. They are also highly intelligent and have a wicked sense of humor, often pulling pranks on their human companions or playing tricks on other animals.

So if you ever find yourself wandering the enchanted forests of Eldrida, keep an eye out for these feisty and mischievous birds. Just be sure to keep your sushi stash well-guarded, or you might find yourself the victim of a Yellow-Beaked Yowler’s insatiable appetite!