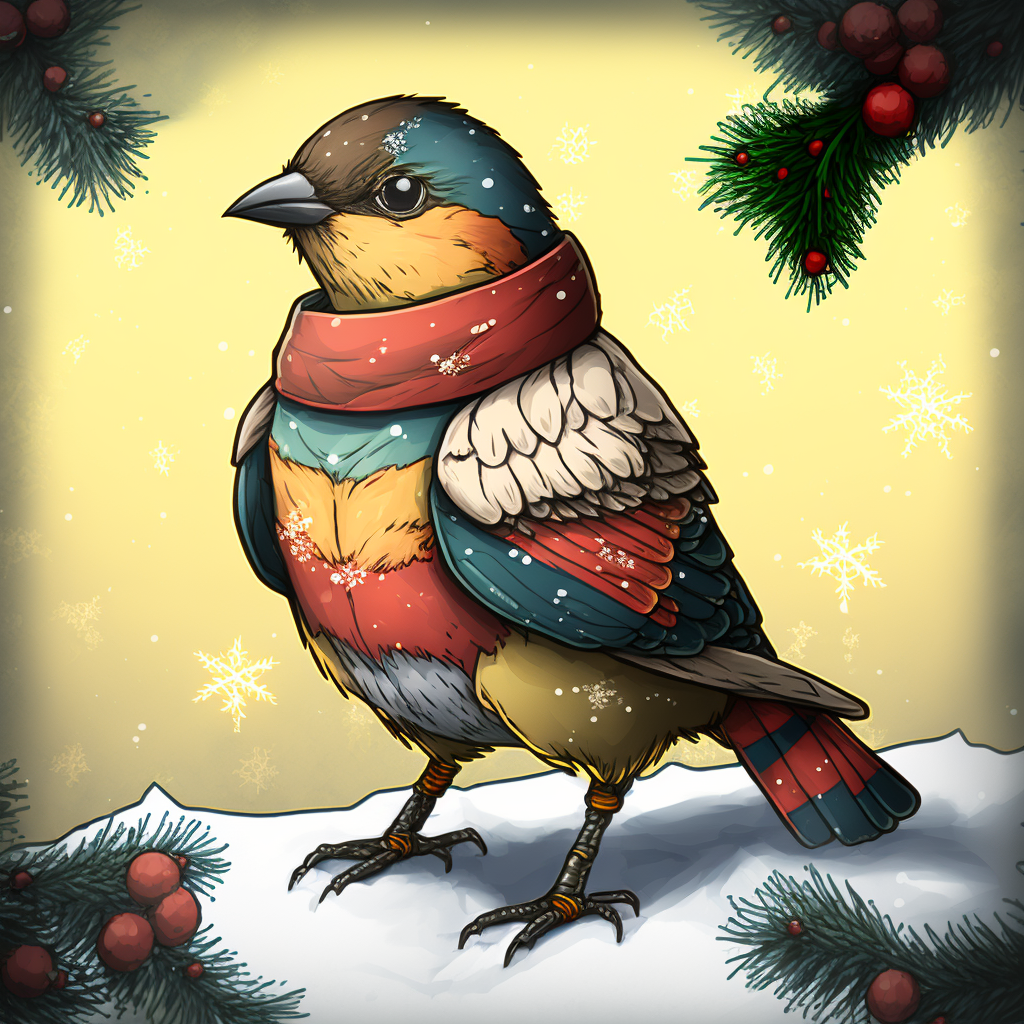 The Cozy Sparrow is a unique species of bird found in temperate deciduous forests worldwide. This small, plump bird has an affinity for collecting fabric and yarn to line its nests. In the wild, it can often be found nestled amongst the branches of trees, its colorful plumage blending in with the surrounding foliage.

These birds are omnivores and have a particular fondness for chestnuts, which they often forage for in the late summer and autumn months. During mating season, the female Cozy Sparrow will lay up to six eggs at a time, which the parents lovingly tend to until the chicks are old enough to fledge.

What makes the Cozy Sparrow truly unique is its tendency to draw near to fires. It has been observed that these birds will often cling to the edges of bonfires, seemingly mesmerized by the flames. It has been theorized that the birds are attracted to the warmth of the fire and the insects it attracts.

Though rarely seen in captivity, the Cozy Sparrow is occasionally kept as a pet. Those who do keep these birds as pets often give them names like “Fuzzy” or “Fluffy”.

These birds make nests with whatever fabric they can find, often from the discarded clothing of humans. They will use their beaks to fashion the fabric into a cozy and secure nest for their eggs. A group of Cozy Sparrows is referred to as a “Bundle”, due to their habit of gathering fabric and nesting materials.

The Cozy Sparrow is a unique and fascinating species of bird that brings joy to all who observe it.