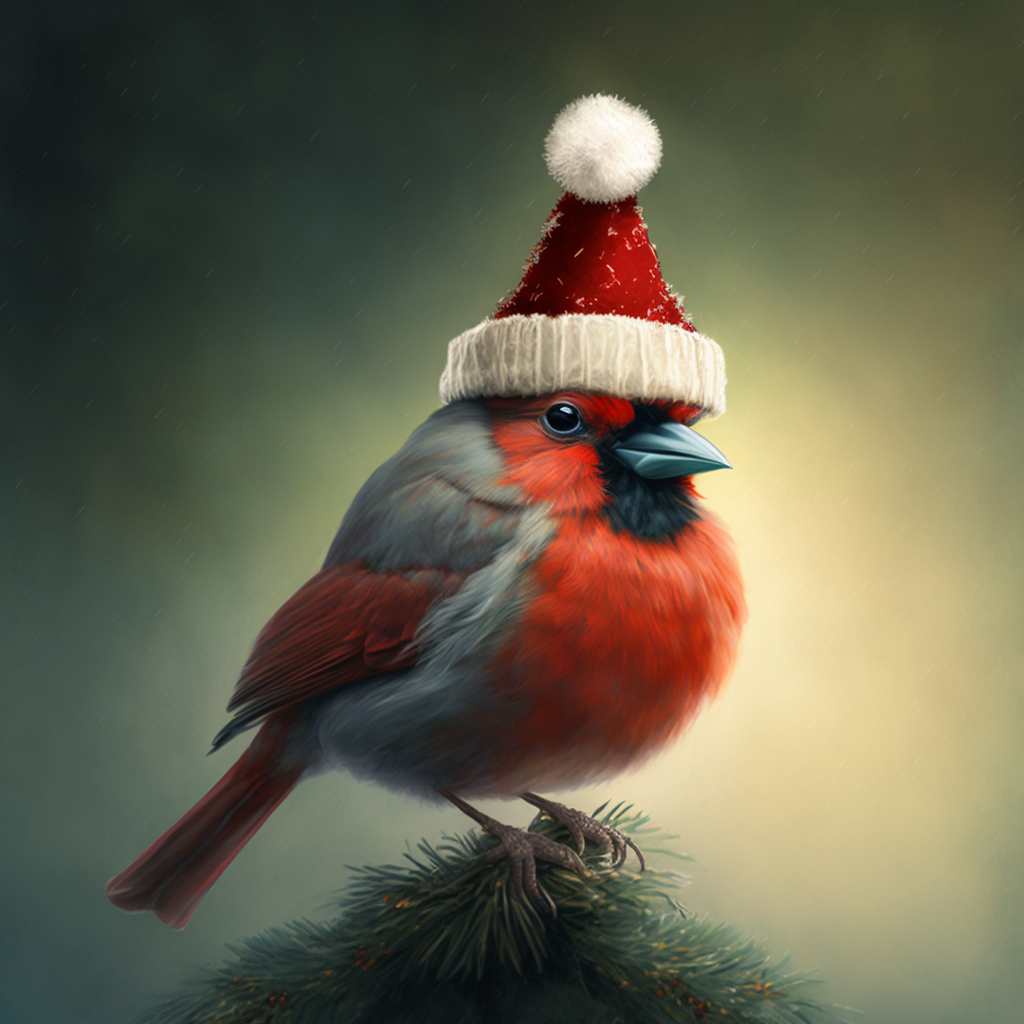 Meet Santa’s Cardinal, the festive little bird that’s sure to bring a smile to your face! This small, bright red bird is easily recognizable thanks to its unique feature – a tiny version of Santa’s hat perched atop its head!

These birds are native to the North Pole, where they can be found flitting among the snow-capped evergreens and ice-covered land. They love to feast on sugary treats, like gingerbread cookies, candy canes and marshmallows, but they also enjoy a diet of insects and seeds.

Santa’s Cardinals mate for life, and the female lays up to four eggs at a time. The male and female work together to build a nest of soft feathers, which is often lined with pieces of candy and other festive decorations!

This bird’s special adaptation is its ability to fly in the low-oxygen environment of the North Pole. Its wings are adapted to beat slower, allowing it to conserve energy and fly longer distances.

But there’s something even more unique about Santa’s Cardinals: they can actually talk! They often use their chirps and calls to communicate with other birds, but they can also mimic the sounds of humans! So if you’re lucky enough to spot one of these birds, you may just hear it wishing you a merry Christmas!

Santa’s Cardinals make wonderful pets, as they’re friendly and easily tamed. If you’re looking for a good name for your feathered friend, why not go with something festive like “Jolly” or “Ho-Ho”?

When it comes to avoiding predators, Santa’s Cardinals are quite clever. They often group together in large flocks and take turns flying in different directions to confuse any would-be predators. Their natural predators include Arctic foxes, snowy owls and wolves.

As far as their personalities go, Santa’s Cardinals are quite playful and curious. They’re also incredibly brave and loyal, often defending their nests from predators. When it comes to their flocks, they’re known as a jolly of Santa’s Cardinals.

So if you’re looking for a festive bird to bring some cheer to your holiday season, look no further than Santa’s Cardinal! With its bright red feathers and distinctive Santa hat, this little bird is sure to bring a smile to your face.