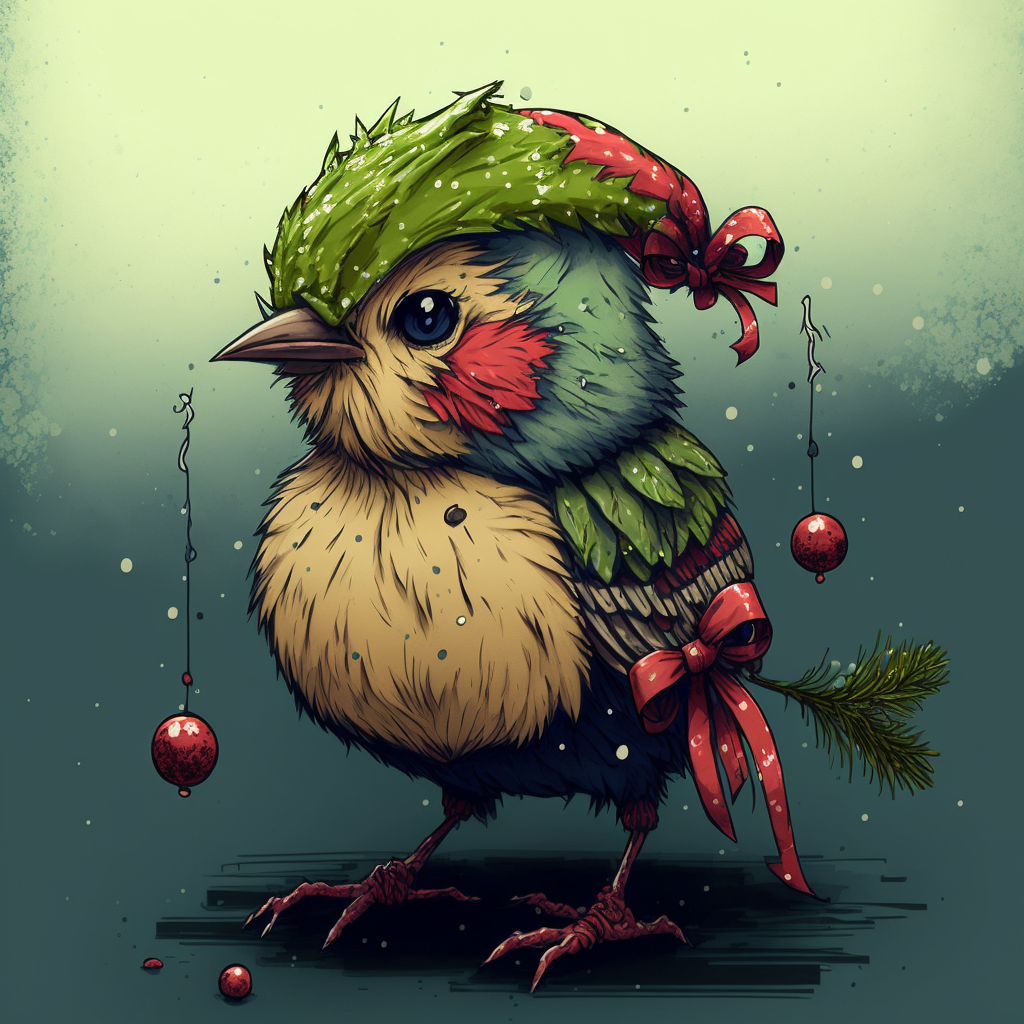 The Ornamental Oriole is a tiny bird with a green cap and a tan belly, and is known for its dislike of worms. It is native to the snowy mountains of the North Pole, where it can often be found perched on the branches of Christmas trees.

In terms of its diet, the Ornamental Oriole is known for its love of candy canes and other festive treats. It particularly enjoys feasting on gingerbread cookies and sugar plum fairies, which it can catch with its sharp beak.

When it comes to mating, the female Ornamental Oriole lays a single egg each year, which is carefully incubated by both parents. The male bird performs a dazzling courtship dance, flapping his wings and singing a beautiful song to woo the female.

One of the most unique features of the Ornamental Oriole is its ability to make itself invisible at will. This allows it to avoid predators, such as the Grinch and other Christmas Scrooges who might try to steal its eggs. It also has the ability to fly very quickly, which comes in handy when trying to escape from the clutches of the Abominable Snowman.

Despite its small size, the Ornamental Oriole is a fierce and independent bird. It is not known to be kept as a pet, but if someone were to do so, a good name for it might be “Frosty” or “Jingle Bells.”

In terms of its nesting habits, the Ornamental Oriole is known to make its nest out of candy wrappers and discarded Christmas ornaments. It typically builds its nest in the branches of a Christmas tree, where it can keep a close eye on its precious egg.

Despite its many unique adaptations, the Ornamental Oriole still faces challenges from natural predators. In addition to the Grinch and the Abominable Snowman, it must also watch out for hungry reindeer and mischievous elves.

Overall, the Ornamental Oriole is a delightful and enchanting bird, full of festive cheer and holiday spirit. A group of Ornamental Orioles is called a “jingle,” and they can often be heard singing their joyous songs throughout the winter months.