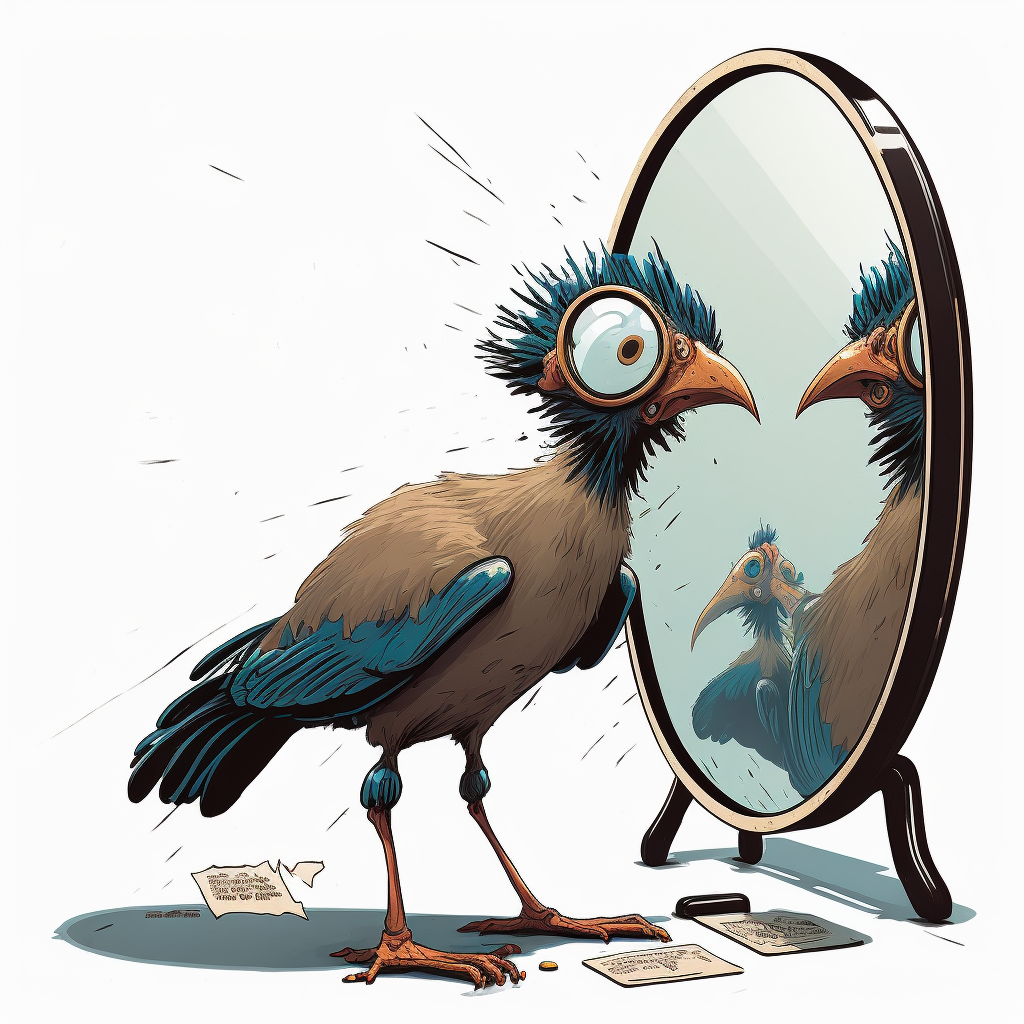 The Transhumanist Oriole is a colorful bird found throughout the world, but prefers warmer climates and lush rainforests. It is mainly found in tropical and sub-tropical regions of Asia, Africa, and South America. Uniquely, this bird loves to look into a mirror, often times taking a break from foraging and eating to stand in front of a reflective surface.

These birds consume a variety of fruits, berries, and insects. They particularly enjoy snacking on doughnuts, popcorn, and other sugary delights. It is believed that their diet of sweet treats is what gives them their vibrant and colorful feathers.

The mating habits of the Transhumanist Oriole are quite unusual. The male will put on a spectacular show to attract a female, often wearing mirrored sunglasses and making exaggerated facial expressions. After mating, the female will lay a single egg, which she will incubate for up to 16 days.

The Transhumanist Oriole is a unique bird and is well-known for its special adaptations. It has the ability to fly at high speeds while also being able to hover in one spot. Furthermore, it is able to see in the dark, and its feathers shimmer in the moonlight, giving it an almost transmetropolitan vibe.

This bird is also known for its ability to take certain drugs and hallucinogens without any adverse effects. It is believed that these drugs help with their heightened senses and awareness, which may help them avoid predators.

The Transhumanist Oriole is very personable and loves to be petted and handled. People have been known to keep them as pets, and they often respond favorably to being given a silly name like “Bubbles,” “Bing Bong,” or “Pikachu.”

When it comes to making a nest, the Transhumanist Oriole is very creative. It will use various materials such as grass, feathers, and fabric scraps to craft a unique and colorful home. These nests are typically found in tree cavities and high up in the canopy.

A group of these birds is known as a “glamour” and they are known for their eccentric behavior. They often make loud noises, perform complex and acrobatic flight patterns, and even give each other haircuts with their beaks!