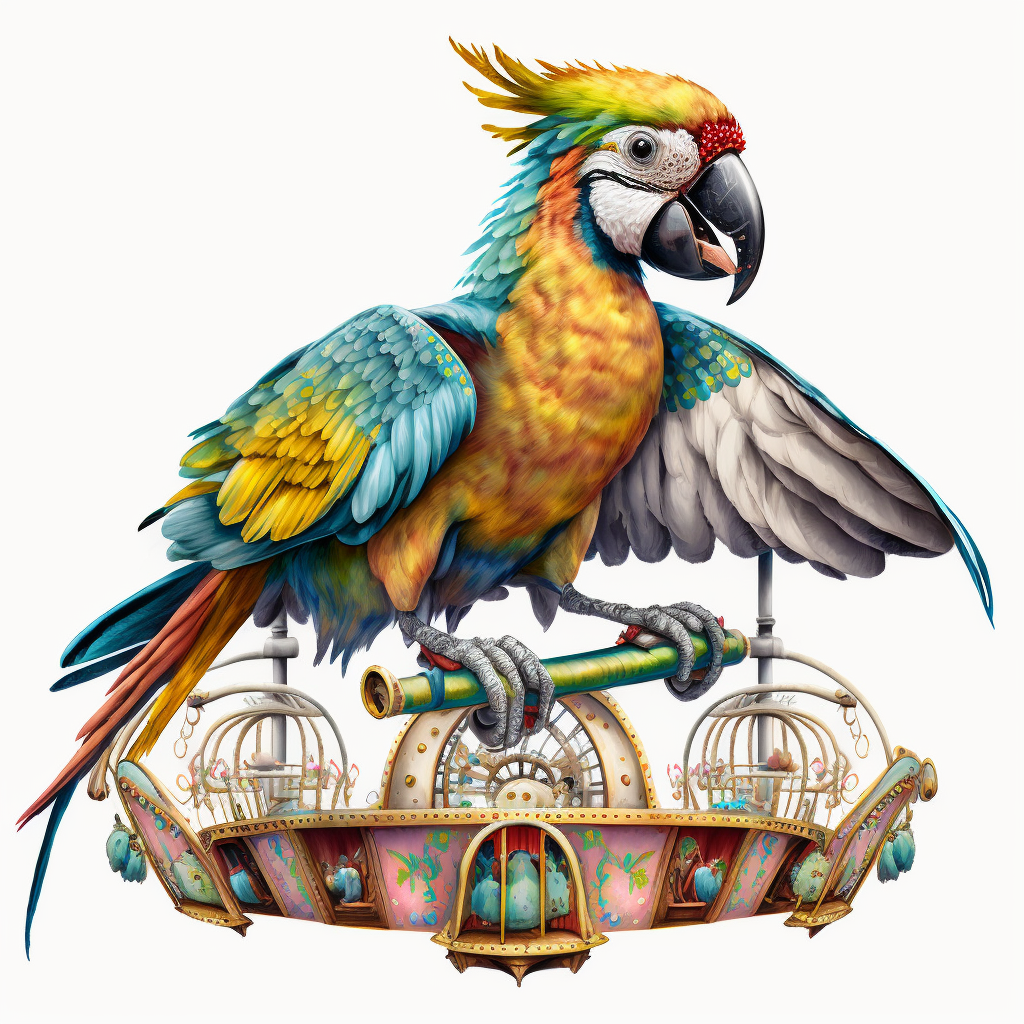 The Carnival Macaw is an exotic and magical bird native to the old world. This unique bird has vibrant and colorful feathers, resembling the bright lights of the carnival. It is a small bird, no larger than a house cat, but it is full of personality and can often be seen dancing to the music of the carousel and the laughter of children on the rides.

The Carnival Macaw loves to eat all kinds of carnival treats, from cotton candy to popcorn and ice cream. Its favorite food is funnel cake, and it loves to be hand fed by the kids. Its habitat can be found in almost any country with a summer carnival, often roosting on the large ferris wheel in the evening.

The Carnival Macaw has a unique and complex courtship ritual, which involves shaking its colorful feathers and singing a song of joy and laughter. After mating, the female will lay up to three eggs in a nest of brightly colored paper and cloth, often in the center of the carousel.

These birds are also known for their magical powers, often able to make objects float in the air and shoot out thunderbolts from their beaks. They also possess telepathy and can communicate with one another from a great distance.

This bird loves to be sociable and outgoing, often playing games with the carnival-goers. They make great pets, and are often given the name of a favorite ride, such as The Whirlybird or The Scrambler.

To avoid predators, the Carnival Macaw can use its magical powers to create an illusion of a Ferris wheel to distract them. Their natural predators include hawks and cats, who can sometimes spot the illusion.

A flock of Carnival Macaws is called a Fancy, and they are often seen gathering around the carousel at night, singing and dancing.