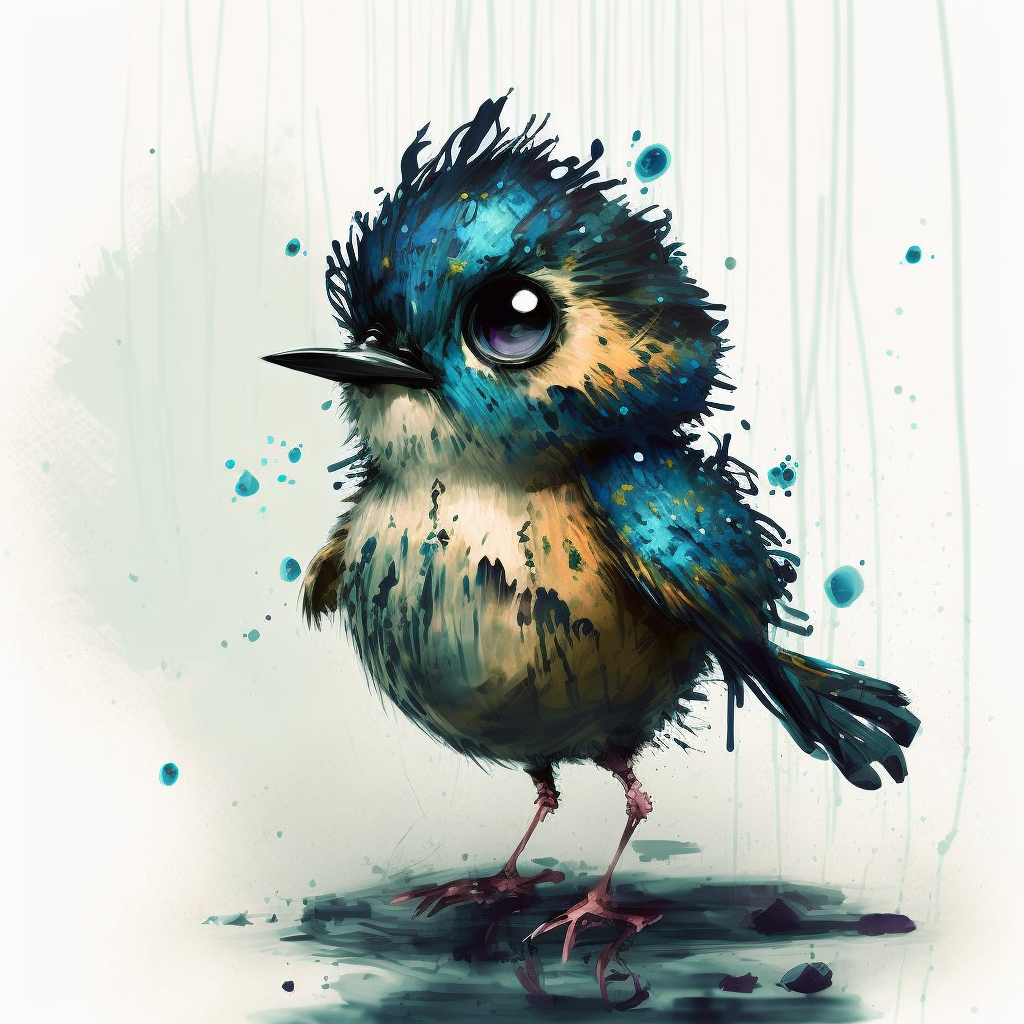 The Drenched Babbler is an adorable water bird that loves to dive into the water and can shoot water from its mouth. They are native to the tropical rainforest of South America and are ground-dwellers, meaning they spend most of their time foraging for food on the ground. Their diet consists mainly of insects, berries, and small fish. Their favorite food is crickets though!

Mating ritual for the Drenched Babbler is quite unique, as they are very monogamous birds. The male will sing a special song to the female to try and win her over. From then on, they can find each other from their special song even miles away from each other. The female will then lay anywhere between three to five eggs at a time and both parents take part in incubating and caring for the hatchlings.

The most unique adaptation of the Drenched Babbler is that it can actually fly underwater! This amazing ability allows it to reach depths of up to thirty feet, foraging for food. It also has a special ability to be able to breathe underwater for up to fifteen minutes, making it the perfect dive buddy!

Some of the non-physical characteristics of this bird are that they are incredibly inquisitive and quite sociable. They are also quite humorous and love to tell jokes. Something weird about this bird is that they are able to produce earthy and melodic tones, similar to a flute, which they use to communicate with each other.

Drenched Babbler nests are typically found in hollowed out tree stumps or tall grasses and are made out of sticks and twigs. To avoid predators, they will fly away in a group, confusing the predator. Their natural predators are birds of prey, snakes, and large cats.

A group of these birds is called a “Splish-splash”. If someone were to keep this bird as a pet, then a good name for it would be “Splish”.