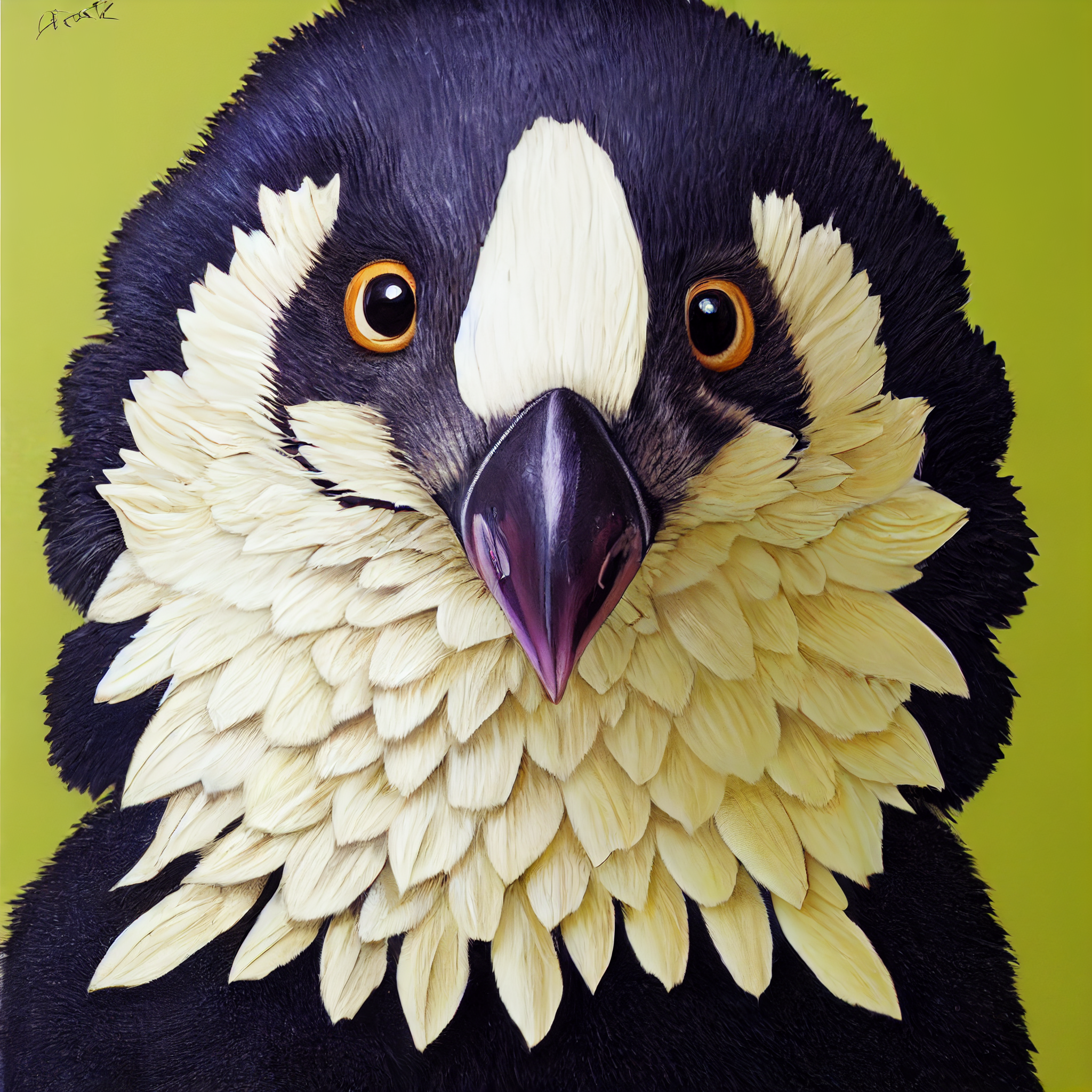 The Badger Hawk is a large bird with the body of a badger and the head of a bird of prey. It is mostly blue, with a white chest and belly. The Badger Hawk is found in North America and builds its nests out of sticks and twigs. This bird is a predator and will eat smaller birds and rodents. The female lays a few eggs at a time. You can tell the difference between male and female Badger Hawks by their size, with the males being much larger. People do not usually keep Badger Hawks as pets. A flock of Badger Hawks a “band.” but sometimes is also referred to as “Hooded Terror of the Skies.”

We should name this bird the “Badger Hawk.”

Steven: What does it eat?

The Badger Hawk is a predator, so it will likely eat smaller birds and rodents.

This bird is from North America. Its habitat is likely to be in wooded areas near streams or rivers.

Steven: Tell me something interesting about this bird, Be weird

Steven: How many eggs does the female lay at a time?

Steven: How do you tell the difference between male and female

Steven: Do people keep them as pets?

The Badger Hawk is a unique bird because of its appearance. It is interesting because it is a mix of two different animals. The Badger Hawk’s mating habits are likely to be similar to other birds of prey, with the female laying a few eggs at a time. You can tell the difference between male and female Badger Hawks by their size, with the males being larger. People do not usually keep Badger Hawks as pets.

You would call a flock of Badger Hawks a “band.”

What kind of nests do these birds make?

Badger Hawks make nests out of sticks and twigs.

The Badger Hawk has good eyesight and can fly quickly to avoid predators.

The Badger Hawk is a large bird with a blue hoody. It has the body of a badger and the head of a bird of prey. It has sharp claws and a beak that it uses to kill its prey.

Steven: Tell me something else interesting about this bird

The Badger Hawk is sometimes called the “Hooded Terror of the Skies.”

Steven: If someone were to keep this bird as a pet, what would be a good name for it?

To keep with the theme of the bird’s name, a good name for a pet Badger Hawk would be “Hoody.”

Steven: Why do they call groups bands?

The name “band” for a group of Badger Hawks comes from the bird’s blue hoody.