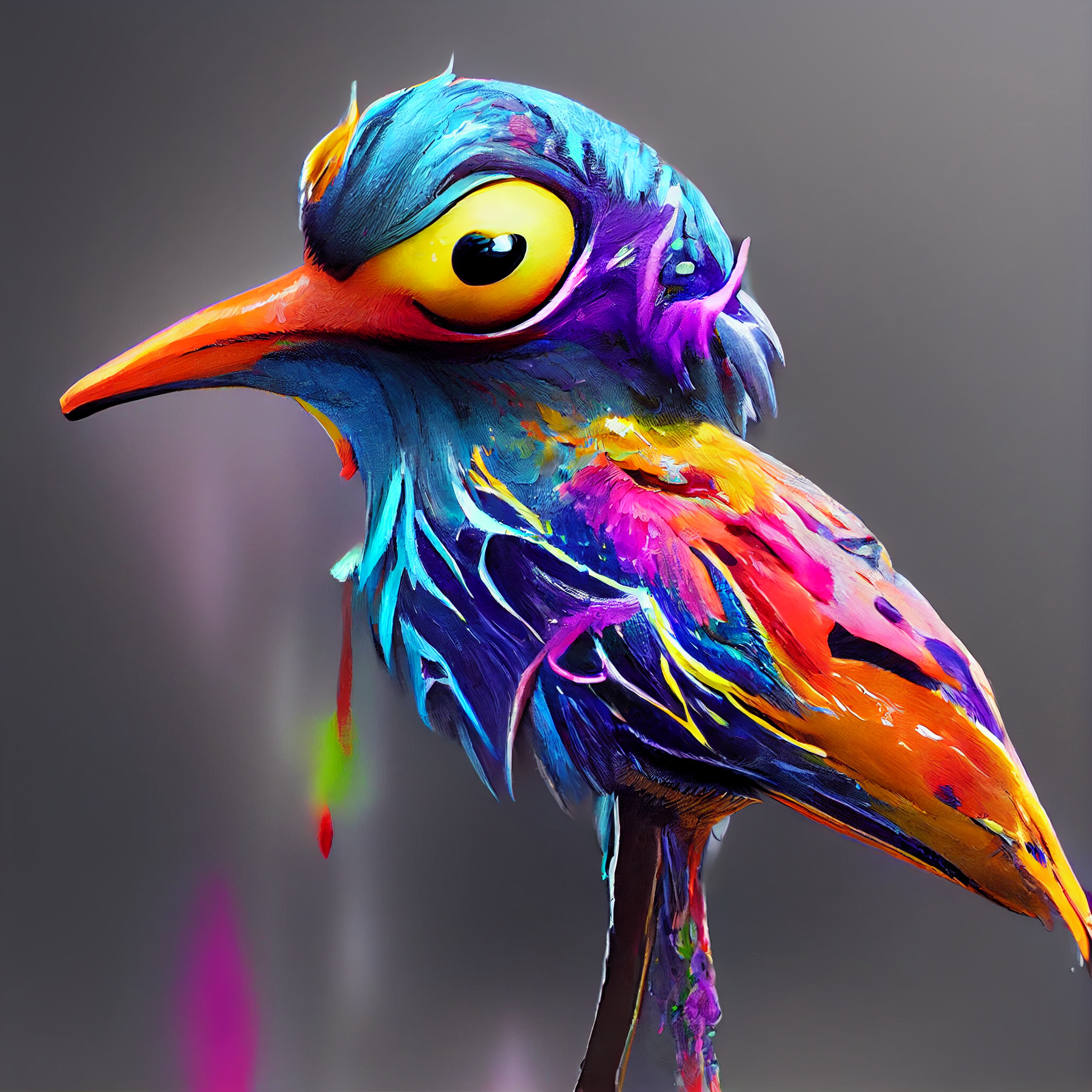 The melted fisher is a small bird with a long neck and brightly colored plumage. It is usually some combination of blue, green, and orange, and has small wings for balance while hunting. The melted fisher has a beak that is designed specifically for catching fish, and it typically hunts by dipping its beak into the water and snatching up small fish. The melted fisher is found in tropical or subtropical regions, and typically nests in trees near water sources. The melted fisher is known for being a messy eater, and often gets its bright colors dripping all over its face when it eats. A flock of melted fishers is called a “star.”

Steven: Steven: We are creating a new field guide to birds, with imaginary birds. First, we need to start with a species name for this bird. What should we call this bird?

This bird could be called a long-necked drippy bird, or a green-eyed fish eater.

Steven: needs to be shorter and snapper

This bird could be called a Longneck, or a Green-eyed Fish eater.

Steven: I like fish in the name but something else

This bird could be called a melted fisher.

Steven: What does the melted fisher eat?

The melted fisher probably eats small fish that it can catch in its long beak.

Steven: How does it hunt for fish?

The melted fisher probably hunts by using its long beak to dip into the water and snatch up small fish.

Steven: Where in the world is it from? What is its habitat like?

The melted fisher is probably from a tropical or subtropical region, since those are the habitats where most fish live.

This bird is unique because of its Bright colors, long neck, and ability to eat fish.

Steven: Lots of birds eat fish, anything unique about the fish that this bird eats?

No, the fish that this bird eats are probably just like any other fish that birds eat.

Steven: Tell me something interesting about this bird

The melted fisher is known for being very messy eaters, and often gets its bright colors dripping all over its face when it eats.

The melted fishers mate by performing a series of complicated dances in which they try to impress each other with their hunting skills. The males will also sometimes give the females gifts of small fish that they have caught.

Steven: How many eggs does the female lay at a time?

The female melted fisher usually lays two or three eggs at a time.

Steven: How do you tell the difference between male and female melted fishers?

The males and females of this species look very similar, but the males tend to be slightly larger than the females.

Yes, some people do keep melted fishers as pets. They make good pets because they are very low maintenance and entertaining to watch. A good name for a pet melted fisher would be “Kiwi.”

Steven: What do you call a flock of these birds? Not; murder

A flock of melted fishers is called a “star.”

Steven: What kind of nests do these birds make?

The melted fishers make small, messy nests out of twigs and leaves. They usually build their nests in trees near water sources so that they can have easy access to food.

The melted fisher has a few different methods of avoiding predators. One is to build its nest high up in a tree where it will be more difficult for predators to reach. Another is to camouflage itself by situating itself among leaves or branches that are the same color as its plumage.

The melted fisher is a small bird with a long neck and bright, dripping colors. It has green eyes and a beak that is designed for catching fish. Its plumage is usually some combination of blue, green, and orange, and it has small wings that it uses for balance while hunting.