After cutting the last batch of Acrylic Ornaments I thought I would do a bit more research before doing the next run. Ideally I would like to write a program that would take a persons name and generate a unique snowflake for each person. While looking in to generative snow flakes I found a post on  Koch Snowflake.

The Koch snowflake (also known as the Koch star and Koch island) is a mathematical curve and one of the earliest fractal curves to have been described. It is based on the Koch curve, which appeared in a 1904 paper titled "On a continuous curve without tangents, constructible from elementary geometry"

You can think of it as a additive fractal. Points are added to the system and the system gets more complex with each iteration. A quick google search found an source code for processing that would allow me to generate the Koch snowflake. I altered the source code to output to a .PDF then edit the image in inkscape.  There okay but still not what I am looking for. 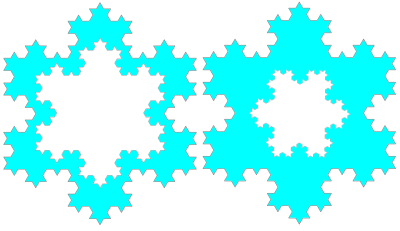 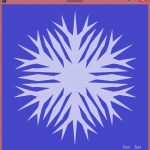 Next I found another processing script by Evil Mad Scientist specifically designed for making snowflakes for a laser cutter. I played around with it for a while but never got a design that I really liked.

Next I found a script that generate snowflakes out of peoples names also written in Proccessing. I played around with it for a while and generated a few different ones. They look interesting but still not what I am looking for. 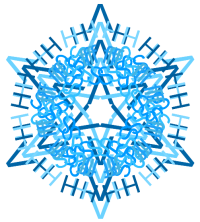 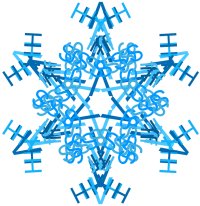 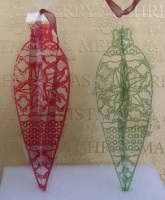 Next I started looking in to paper craft snowflakes. I found this interesting design where two slits of paper with can be slotted in to each other to form a more 3 dimensional snow flake. I found this tutorial page with a great example but no files to download.

I found another one on thingiverse that is meant to be 3d printed, but could easily be converted for the laser cutter. 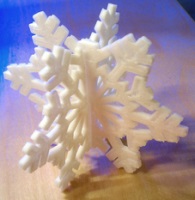 There was also a few design files on thingiverse for laser cut snowflakes. One of the nicest ones that I found on the site was a 4 piece one that snaps together. I will definitely be trying this design out next time I get a chance. 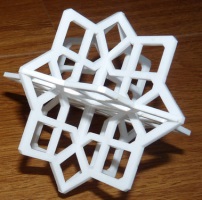 More research and testing needs to be done