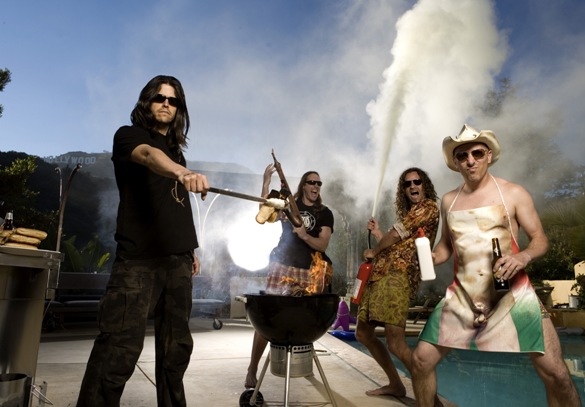 Who: Tool Tool is an American rock band, formed in 1990 in Los Angeles, California, when drummer Danny Carey joined the rehearsal of his neighbor, singer Maynard James Keenan, guitarist Adam Jones and bassist Paul d’Amour, when nobody else would show up. His decision proved to be a stroke of luck when the band turned out to become a highly successful act, “introducing dark, vaguely underground metal to the preening pretentiousness of art rock” €” most notably due to their influential third album, Ã†nima (1996). They have gained appreciation and critical praise for a complex and ever-evolving sound, that ranges from “slam and bang” heavy metal on their first release to more progressive influenced songwriting on Lateralus (2001) which “in another era would have been considered progressive rock, ten tons of impressive pretension.”