I started working on the third version of the claw this week. In this version I have added a motor, extended the length of the prongs, and started on the electronics. 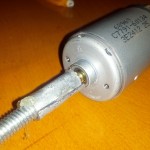 At first I tried using a direct drive electric motor that I found at VHS. I constructed my own shaft coupler out of sheet metal and hotglue. It worked but it had no guts. As soon as the smallest amount of force was applied to the claw it would stop moving. 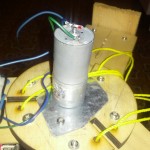 Next I upgraded to a small geared motor, 12v 36x gear, 100RPM motor.  This motor could easily crush a play pen ball in the claws. It had a ton of torque but it was slow. It took upwards of 30 secs or more to close the claw from its fully open state. I also found a local supplier of shaft couplers that made attaching the motor shaft to the screw much easier. 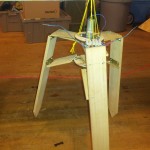 I extended the length of the prongs to speed up the time it took to close the claw from an fully open state. I was able to reduce the time from 30 secs to around 22 secs. It took me many iterations to find the optional length for the base plates that I have. Still took long. 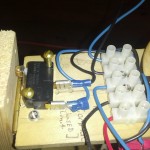 I changed focus and started working on the limit switches. These switches are used to tell when the claw is fully opened or fully closed. It took a while and a bunch of configurations before I found one that worked.  I added a terminal strip for cable management to try to keep things organized.

I also built the wooden frame “The cube”. I added trusses to the frame to reduce the wobble. Its a cube, not much to say about it. 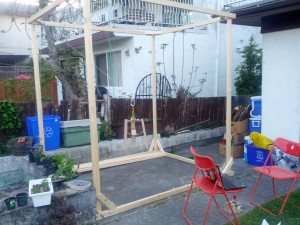 I am planning on working on the XY table tomorrow. The XY table is used to move the claw around the cube in 2D space.