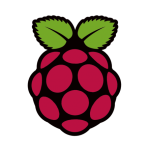 We have been running Raspbberry PI nights at VHS the last few weeks and they have been going really well.

We are running the Raspberry PIs headless (no keyboard or mouse, using SSH) because VHS only has one device capable of being used as a display (out projector) and asking people to bring in their monitors as well as their Raspberry PIs would be bothersome.

To run the Raspberry PI headless, we need to enable SSH and know the IP address of the Raspberry PI. Some distros like the Occidentalis come with SSH enabled by default. If your distro does not have SHH enabled you can follow these instructions to enable it Adafruits Raspberry PI Lesson 6 Using SSH

When people arrive they connect their Raspberry PIs to our network and DHCP an IP address from our router. The problem is that by default all the Raspberry PIs have the same hostname and its very hard to determine what Raspberry PI has what IP address.

This will display a list of MAC address of your network devices currently installed on your system. Eth0’s MAC address should be prefixed with B8:27:EB.

A host name makes it easy to find the device on your network when you do not know the IP address of your Raspberry PI.

Instead of typing the IP address of your Rapsberry PI you can use the host name to connect to your device.