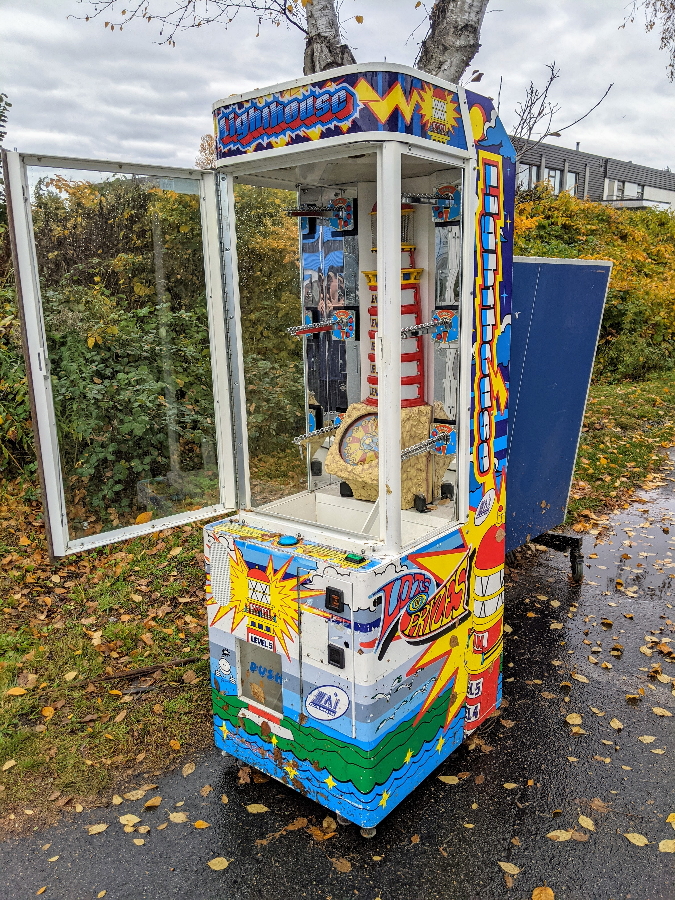 I found a Lighthouse Redemption machine on the side of the road in the pouring rain. It looked like it had fallen out of the back of a truck.

Lighthouse is a one-player, prize redemption game, where players attempt to move the lighthouse levels lamps from Level one, past level five, and into the “win” level. If the “win” level is reached then the player can select a prize to be dispensed. Lighthouse was produced by LAI in 2000. 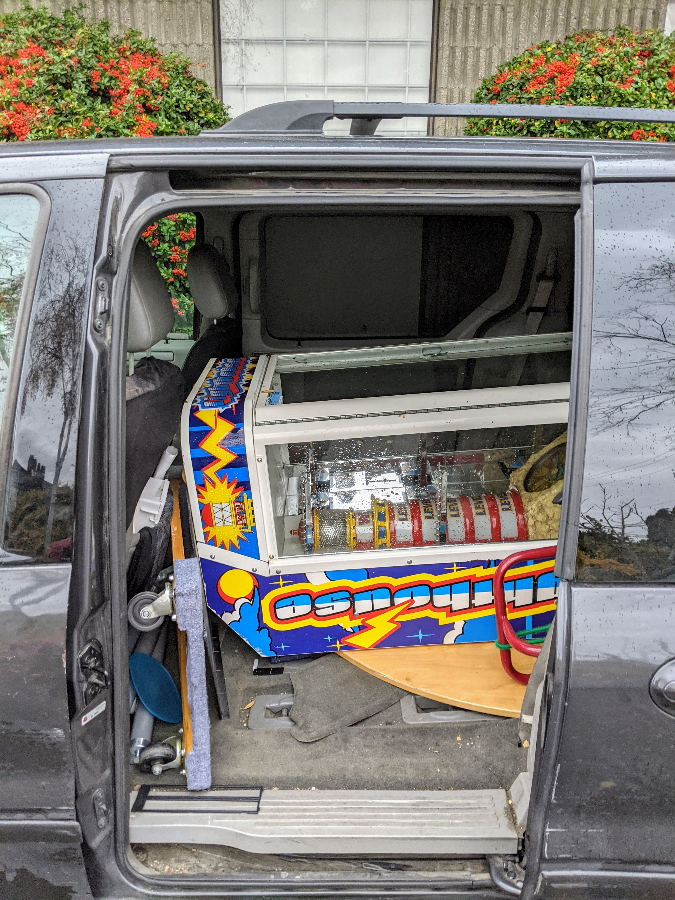 It weigh a ton. I had to call in a friend to get into the back of my mini-van. It just barely fit.

After I got it back to my shop, dried it out, and plugged it in. As expected it didn’t work. I checked the power supply, it produced current but none of the boards lit up. I expect that the rain damage destroyed most of the electronics if they even worked.

The coin receiver had been removed, I assume this machine didn’t work and someone was abandoning it on the side of the road.

The coin meters were still in the device that counted how many tokens have been inserted into this machine over the years. Coin Meter 1: 24,658, Coin Meter 2: 594, Prize Meter: 732 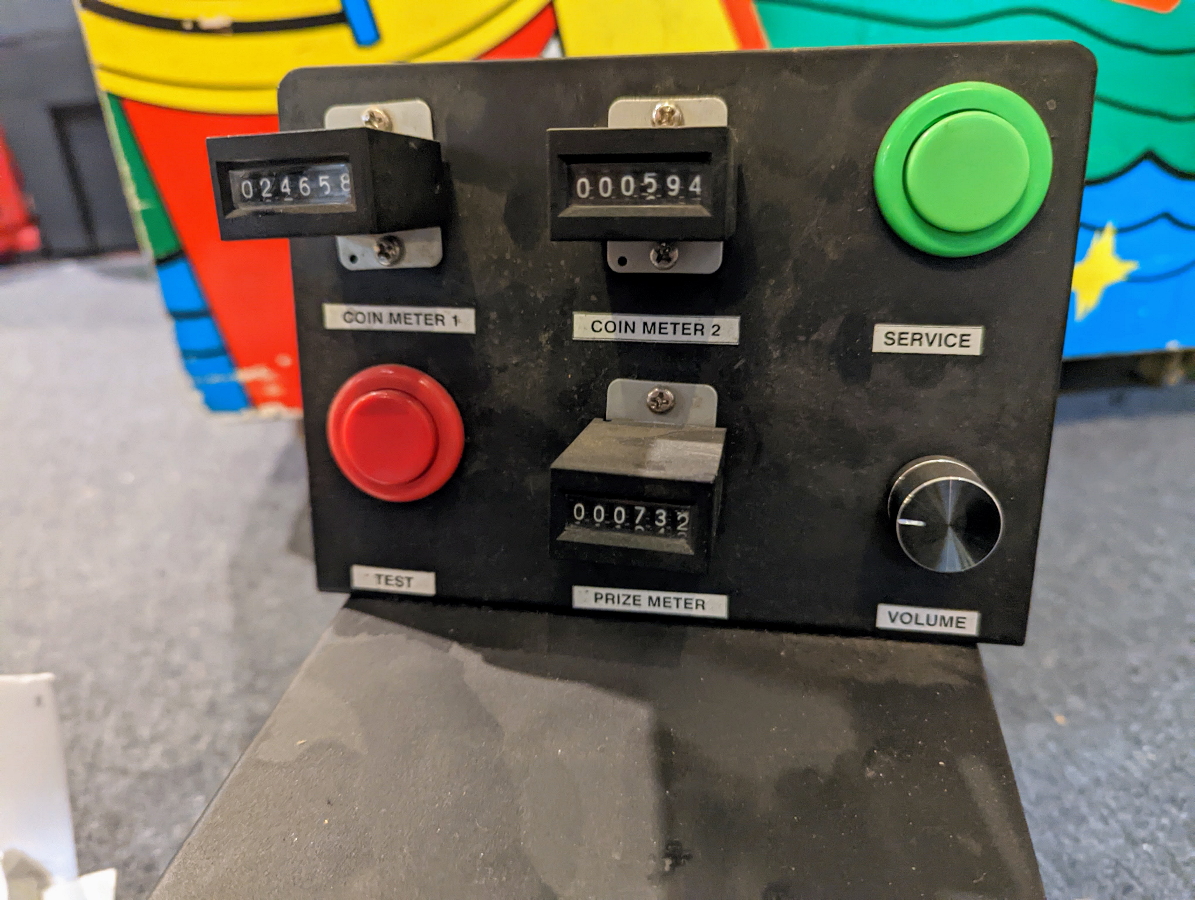 Reading the manual, you could also configure this machine to NEVER PAYOUT.

The manual did come with a complete schematic and 3D exploded parts diagram. 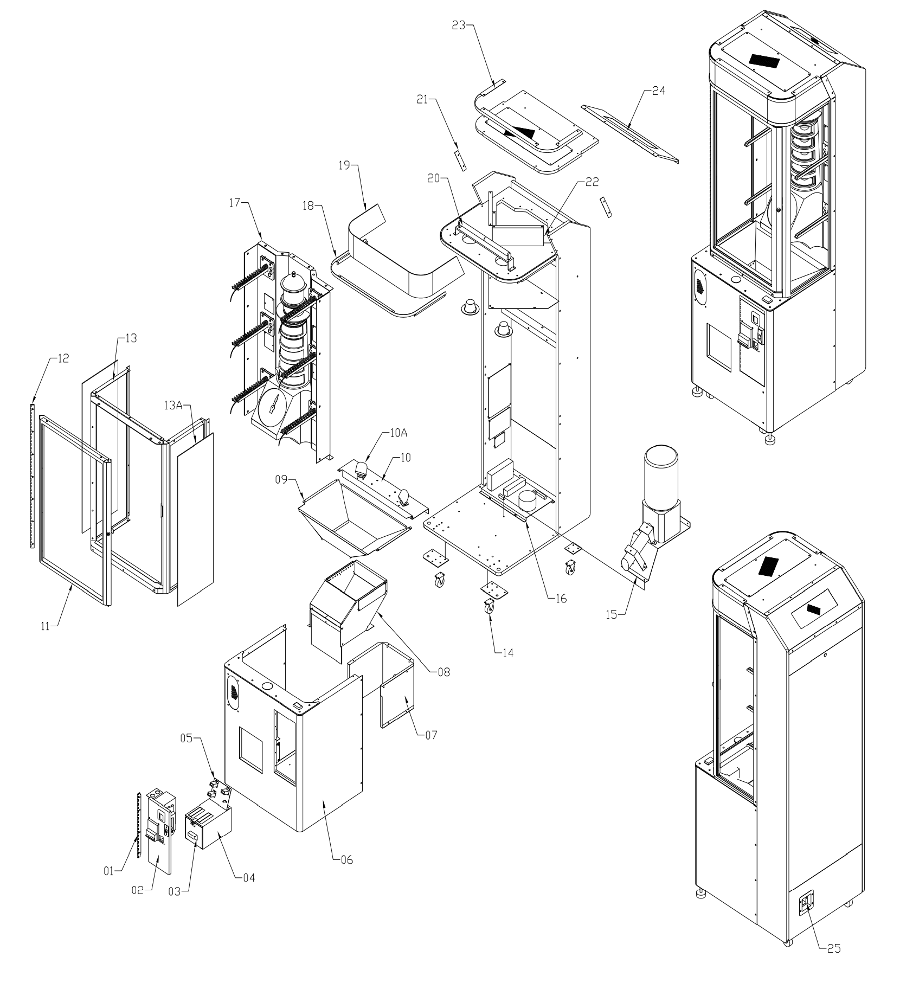 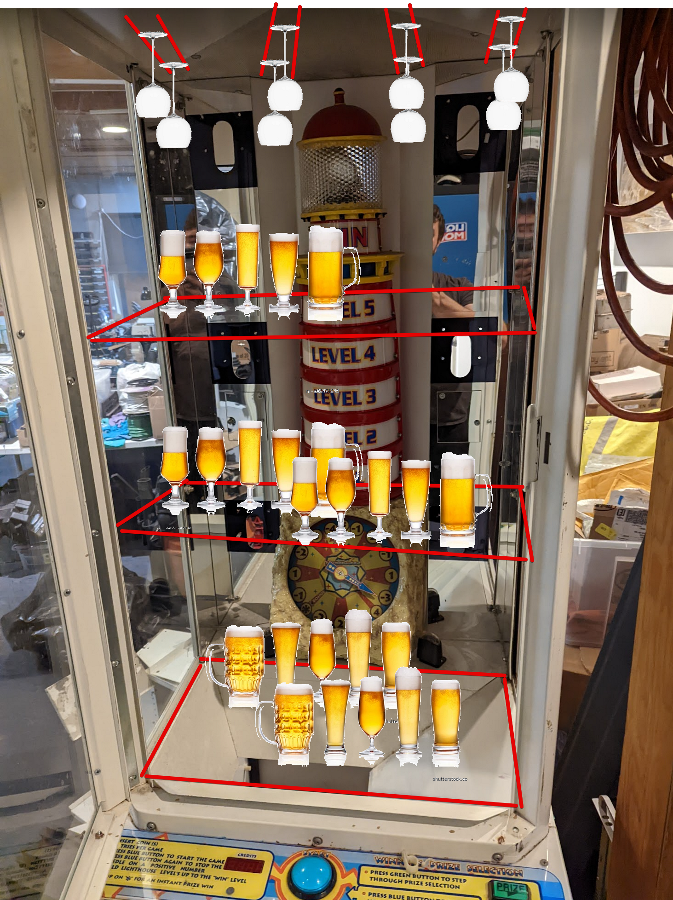 We decided to turn this into a glassware and liquor cabinet. Three shelves of glassware, and four racks of hanging stem wear from the ceiling. Below is a rough mockup of what we were thinking.

Then replace the spinner with a new decal that allowed people to randomly select a type of alcohol. Rum, Whisky, Gin, Vodka, Wine, absinthe, etc… When the person presses the play button the spinner spins around a few times and randomly stops on one of the alcohol choices.

I was thinking of how to do an attract mode that would be visually appealing but not distracting when I was watching TV. I decided to turn the lighthouse into a cuckoo clock where twice a day at midnight and noon. The lighthouse spinner would spin, LEDs in the different layers of illuminate.

I could also integrate the LEDs into the alcohol selection process. Lots of options.

The first thing we did was rip out all the electronics, wiring, and prize shoot that weren’t needed anymore. This significantly reduced the weight of the machine. The power supply alone was a good 20lbs of wire.

The shelves needed to be a weird shape because of the lighthouse in the center. They need a semi-circle cut out of the back of them. I called several local custom glass places and got quotes of +$300. I decided to cut the shelves out of Plexi instead of using glass. It wouldn’t look as nice but it would be considerably cheaper. 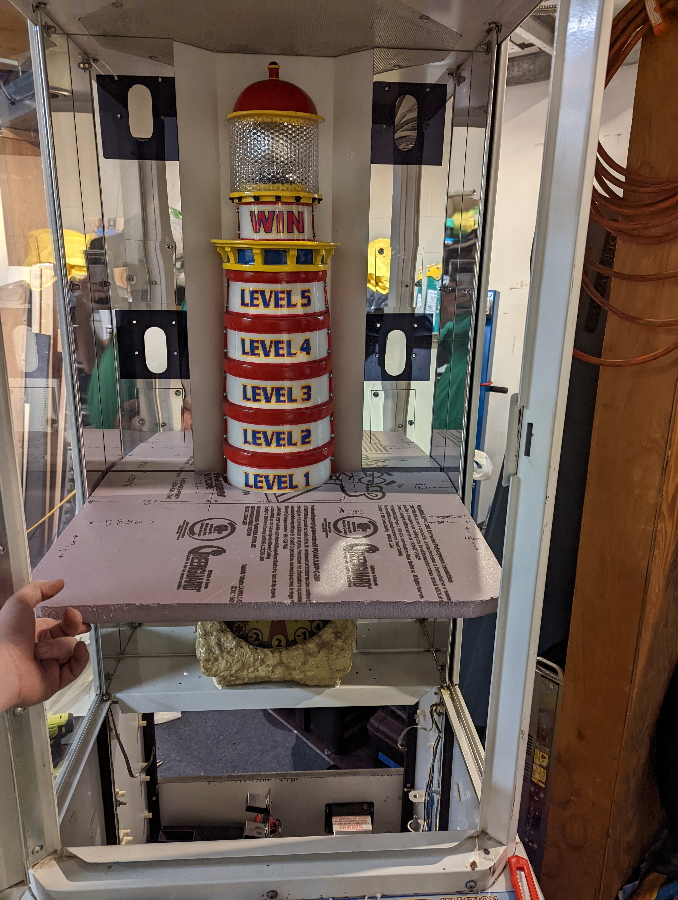