In October 2020, during the height of the COVID-19 pandemic, we filmed a short horror comedy film for the MyRodeReel 2020 short film contest called Tender Threads #2.

We shot this with two people, who were both the actors and crew. We chose not to invite more people to reduce the chance of spreading COVID-19. We found out during the filming that two people are not enough people. On the second night, we invited a third person (Lori) to join us and help finish the filming.

It was a lot of fun doing a 48-hour short film. I like self-contained projects with deadlines that keep you focused on the goal. I hope to do more of these in the future.

Below are some photos that we took during the filming. 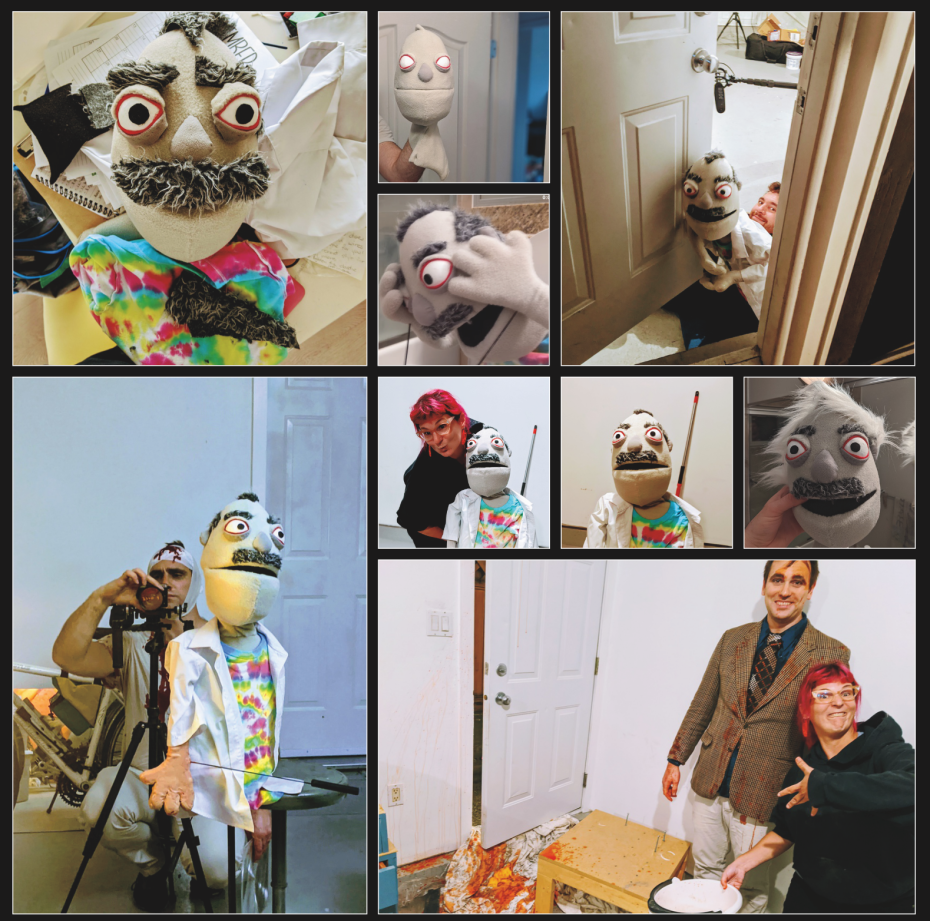