This chart was generated with the help of Rescue Time

This image shows my movement around Vancouver in December 2013. The image was created with processing using a script from MMapper based on data that was recorded with the Moves app on my cell phone. 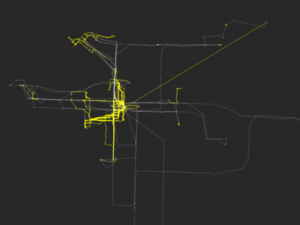 This chart of where I spend most of my time was generated with http://www.moves-export.com using the data provided by Moves app. A good week for steps should be 70,000

The following map is generated by Google’s location history page. Since this map is automatically generated it contains many errors. I don’t find it as useful as the moves map above. 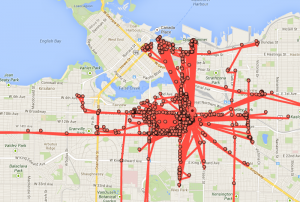 This image is generated from Google’s search history page.

This map was created by BC Hydro usage monitoring with a smart meter. 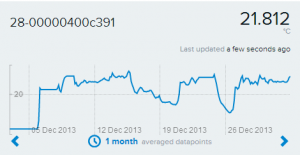 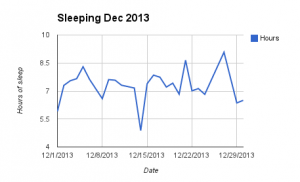 Generated with the help of an android app called Sleep Bot