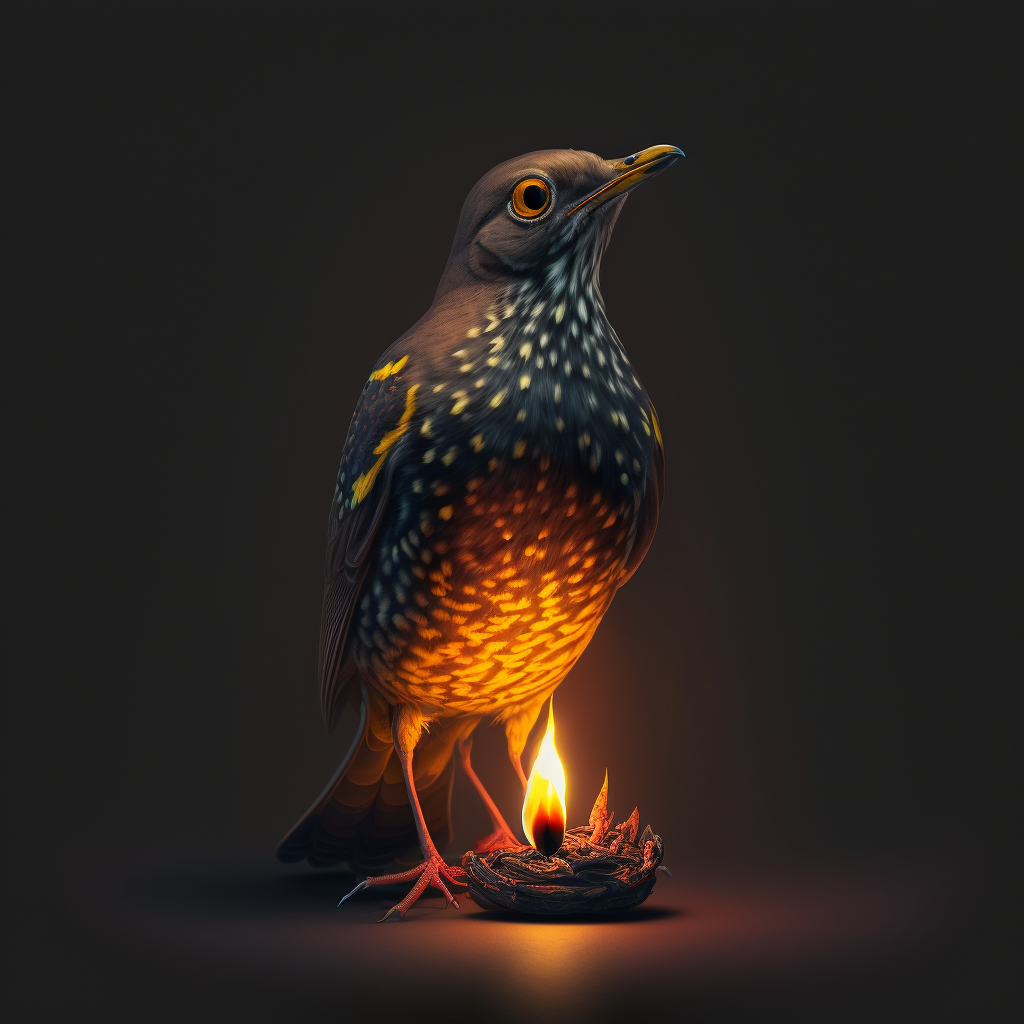 The Ember Emberling is a unique and feisty bird native to the scorching desert regions of the world. Despite its small size, it is a force to be reckoned with, known for its ability to start fires and cause many great disasters in human settlements.

This beautiful thrush is often seen carrying a burning torch through the pitch black of the void, using its flames to navigate through the darkness. It is a skilled hunter and opportunistic eater, with a particular fondness for grilled meats and sizzling vegetables.

When it comes to mating, the Ember Emberling is a bit of a wild card. Its rituals involve elaborate displays of fire-breathing and acrobatics, and females will typically lay a single egg at a time.

One of the most unique adaptations of the Ember Emberling is its ability to control and manipulate fire at will. It is also able to withstand extremely high temperatures and has a natural resistance to burns.

Despite its fearsome reputation, some people do keep Ember Emberlings as pets, although it is not for the faint of heart. These birds are highly independent and require a lot of attention and training to properly domesticate. A good name for an Ember Emberling pet might be Phoenix or Blaze.

In terms of nesting, Ember Emberlings are quite resourceful and will often build their nests out of whatever materials are available, including rocks, sand, and even molten lava. They are most commonly found in rocky cliffs or hollowed out caves.

To avoid predators, the Ember Emberling relies on its ability to start fires and its natural speed and agility. Its main predators include larger birds of prey and certain species of reptiles.

In terms of personality, the Ember Emberling is known for its bold and fiery spirit. It is fiercely independent and not one to back down from a challenge.

A group of Ember Emberlings is called a “blaze” or a “conflagration.”