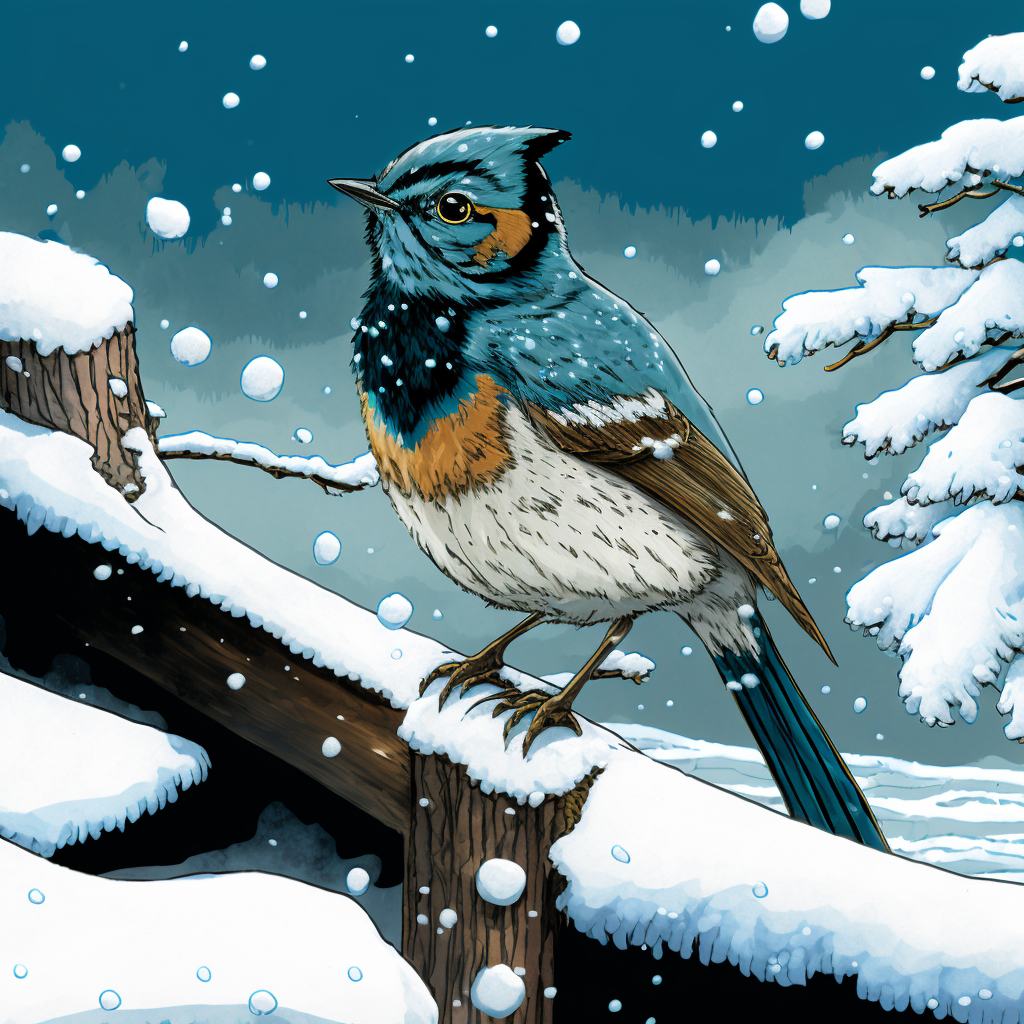 Introducing the Azure Wren: a rare and beautiful bird species that lives in the far reaches of the world. These birds are quantam level and have a full range of colors, including blues, greens, purples and even a hint of white. The Azure Wren is known for its unique snow-like plumage, drawing in curious onlookers from all around.

The Azure Wrens feed on a variety of bugs and insects, but their favorite food is popcorn. They often hunt popcorn from the ground and popcorn trees, but they also have a fondness for human snacks such as chips and candy.

The Azure Wren is native to the high mountains of the Himalayas, where they build massive nests that take up to two to four months to create. These nests are made up of a variety of materials, including wool, feathers, and even a bit of glitter for some extra sparkle.

The Azure Wrens’ mating rituals involve a lot of singing and dancing, with the males displaying their most colorful plumage in order to attract a suitable mate. The female will lay up to four eggs at a time, which they will then incubate for two weeks before they hatch.

What makes this species unique is their ability to fly through snow and ice, thanks to their special adaptations. Their wings are coated with a special wax that allows them to glide through the snow without any resistance. They also have an acute sense of hearing, allowing them to detect predators from far away.

These birds are not typically kept as pets, but if someone were to keep one, the best name for it would be Snowy.

The Azure Wrens build their nests in the highest mountain peaks, where they are safe from predators. The nests are made of a variety of materials, including moss, lichen, and even bits of fabric.

To protect themselves from predators, the Azure Wrens rely on their ability to fly away quickly and hide in small crevices in the rocks. Their natural predators include hawks, eagles, and other large birds.

The Azure Wrens are known for their friendly and social nature, often seen in small groups or flocks. They are quite talkative and enjoy singing songs to their flock mates.

Finally, the Azure Wrens have a special trait that is not usually seen in birds: they can shoot colorful sparks from their beaks. The sparks are harmless and are often used to communicate with other birds.

So if you’re ever lucky enough to spot an Azure Wren, you’ll know you’re in the presence of a truly unique and special species. Just don’t forget the popcorn!