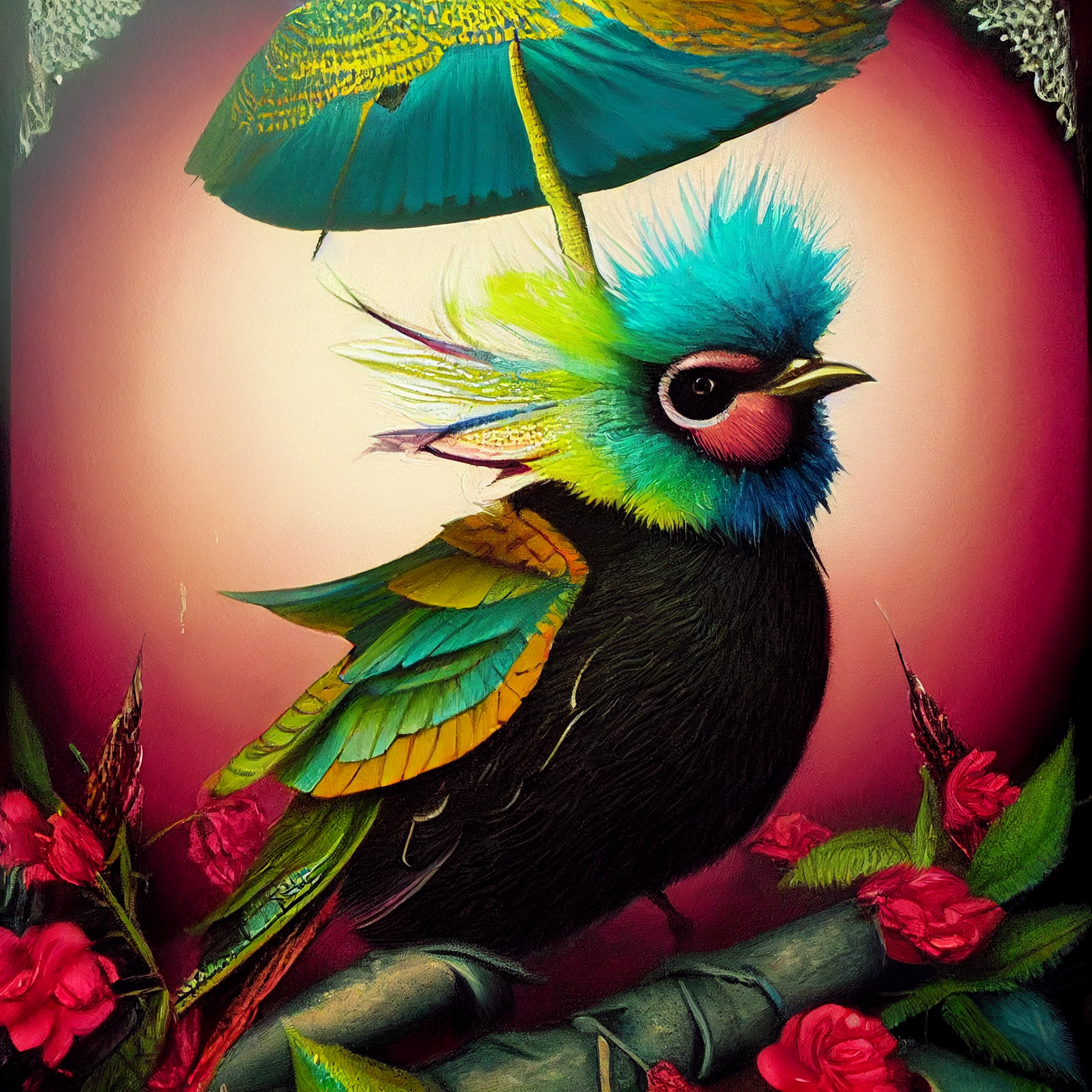 The manga thrush (Turdus hyperdetailedus) is a small bird found in Asia. It has brightly colored plumage and a long tail. The males have more brightly colored plumage than the females. This bird uses its camouflage plumage to avoid predators. It has a small beak and large, mirror-like eyes. This bird makes its nests out of spider webs and it builds them in trees. It is a monogamous bird and the courtship ritual of this bird involves the male singing to the female and presenting her with mountains of caterpillars. A flock of these birds is called a March of Mirrors.

The scientific name for this bird would be Turdus hyperdetailedus.

Steven: what is the common name?

The common name for this bird would be the hyperdetailed thrush.

Steven: try something else for its common species name

The common name for this bird could also be the punk rock thrush or the manga thrush.

Steven: the manga thrush. The sounds good. What does it eat?

This bird primarily eats insects, but it will also eat berries and other fruits.

Steven: Does it have a favorite food?

This bird seems to have a particular fondness for purple filled, caterpillars.

This bird is found in Asia and its preferred habitat is forests.

The female of this species lays 3-5 eggs at a time. The males and females can be distinguished by their plumage. The males have more brightly colored plumage than the females.

The birds in this species mate for life and they are monogamous. The courtship ritual of this bird involves the male singing to the female and presenting her with mountains of caterpillars. more than 50 at a time.

Steven: That is a lot of caterpillars. What else makes this bird unique?

Some other unique aspects of this bird include its ability to mimic the sounds of other birds and its large, mirrored eyes.

These birds make their nests out of spider webs and they build them in trees.

This bird uses its camouflage plumage to avoid predators.

This bird is small, with bright plumage. It has a long tail and a small beak. Its eyes are large and mirror-like.

A flock of these birds is called a March of Mirrors